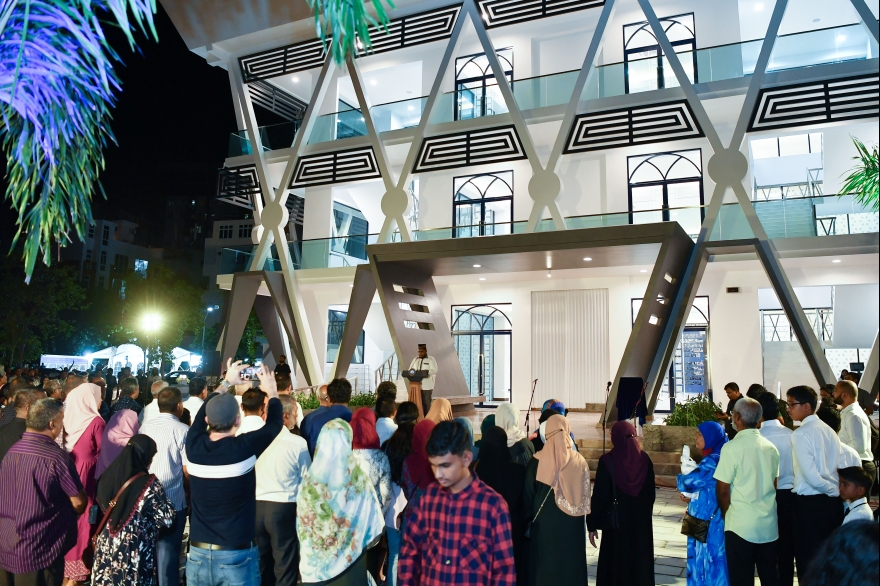 Masjid Rasheed Mosque located in phase I of Hulhumalé, is built to a contemporary design, able to accommodate 1,200 people and includes a wing for women. The foundation of the Mosque was laid on June 16, 2020. Rasheed Carpentry and Construction Pvt Ltd (RCC) built the new mosque as part of its corporate social responsibility in memory of late Abdul Rasheed. “Building of a Mosque was a big wish of Late Abdul Rasheed,” said Nazim.

At the ceremony, the Managing Director of RCC presented the President with a replica of the mosque. The event was concluded with the President, accompanied by Vice President Faisal Naseem, and other attendees joining the Isha prayer congregation.

Situated on the road behind Amin Avenue, Al Masjid Rasheed is currently one of the biggest Mosques in Hulhumalé. RCC has also developed a parking zone near the Mosque for the convenience of those attending the prayer.