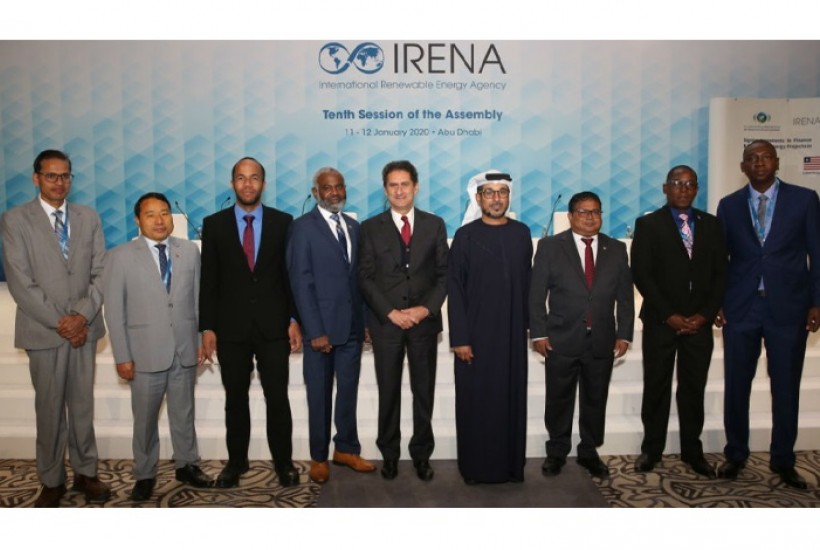 Abu Dhabi Fund for Development (ADFD), the leading national entity for economic development aid, has confirmed the allocation of USD 14 million for a waste-to-energy plant project in the city of Addu under the partnership with the International Renewable Energy Agency (IRENA).

The establishment of the project was announced at the 10th Assembly of IRENA held in Abu Dhabi. Minister of Environment Dr. Hussain Rasheed Hassan, Maldivian Ambassador to UAE DR. Hassan Niyaz and senior officials from state utility company FENAKA and the Environment Ministry attended the ceremony along with over 1,000 other delegates from across the globe.

The 1.5 MW renewable energy project to be built in the southernmost Addu City, will utilise waste produced in inhabited islands and resorts of Addu Atoll to generate electricity and reduce dependence on imported fuel benefitting 35,000 people.

This is one of the eight renewable energy projects to be funded by ADFD. Speaking on the occasion, His Excellency Mohammed Saif Al Suwaidi, Director General of ADFD, said: "In cooperation with IRENA, ADFD is proud to have supported the deployment of renewable energy solutions worldwide over several years. In its efforts to boost the implementation of the United Nations Sustainable Development Goals (SDGs), specifically Goals 6,7,11, 12 and 13 ADFD-funded projects over the seven cycles of the Facility have led to the widespread adoption of scalable, clean, and sustainable energy alternatives in 26 countries."

The project was proposed to IRENA by the Maldivian Government in 2019. AFD committed concessional financing of US$ 350 million for renewable energy projects in developing countries, out of which US$ 104.5 million will be issued to eight countries in 2020. 95 countries requested for financing under the seventh loan cycle of the IRENA/ADFD project facility.