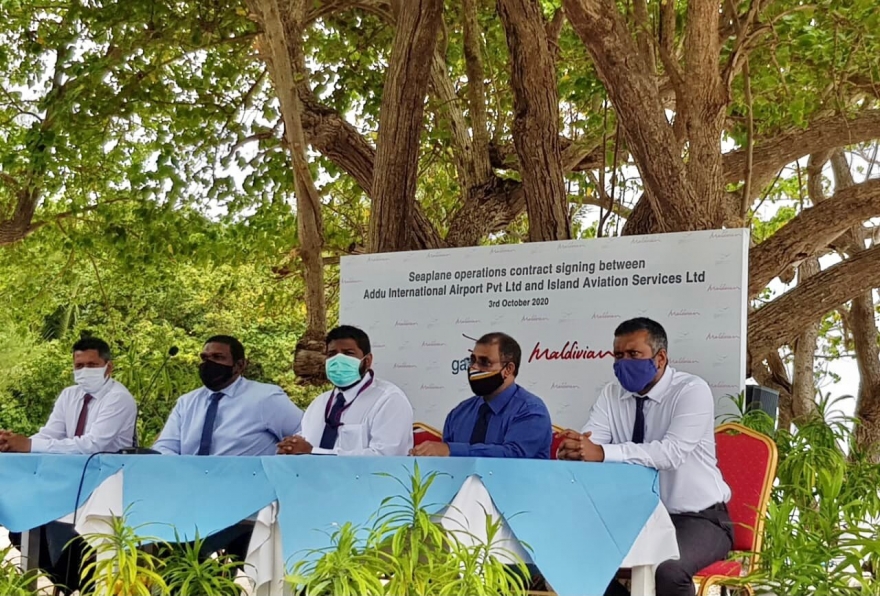 An agreement has been signed on 3rd October between Addu International Airport Pvt Ltd and Island Aviation Services Ltd to commence sea plane operations between Addu and Huvadhu. The agreement was signed during a special event held at Gan.

This decision is expected to be a monumental step for the development of tourism and other economic activities in the Southern Atolls which adds as an additional testament to the Government's commitment to decentralized economic development.

Commenting on the promising initiative, Ministry of Tourism stated that enhanced connectivity within the cities, islands and resorts of the southern region is the way forward for feasible tourism development in southern-most atolls of Maldives.

Speaking at the event, Managing Director of Addu International Airport highlighted the job opportunities expected to rise from new connectivity for locals as well as the growth of economic activities in the Addu region. He further forecasts several businesses to invest in the region.

Island Aviation announces seaplane operations to start within the next 45 days, between selected destinations.