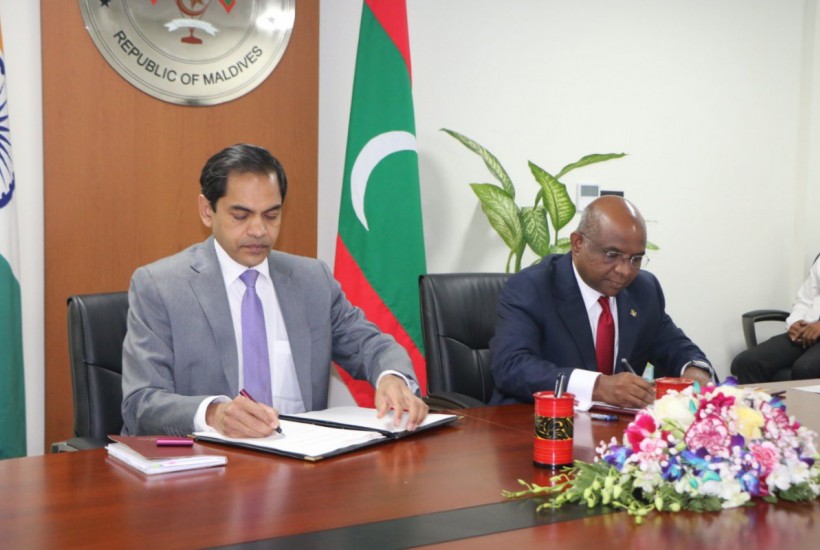 Governments of the Maldives and India has signed Six Memoranda of Understanding to undertake a project to set up a Water Plant in Hoarafushi, and to develop tourism zones across Addu City.

Under the MoUs signed for the development of Addu Toursim Zone, the Government of India will provide financial support of MVR 7,664,063.82 for each of the five projects. The project to be undertaken in H.A. Hoarafushi is worth MVR 8 million.

These projects are undertaken under the MoU signed on 17 March 2019 for "Indian Grant Assistance for Implementation of High Impact Community Development Projects through local bodies".

The MoUs signed reflects the steadfastness of the Government in improving the socioeconomic wellbeing and public welfare, particularly in the areas of education, health and community development sectors, as well as the empowerment of local communities.