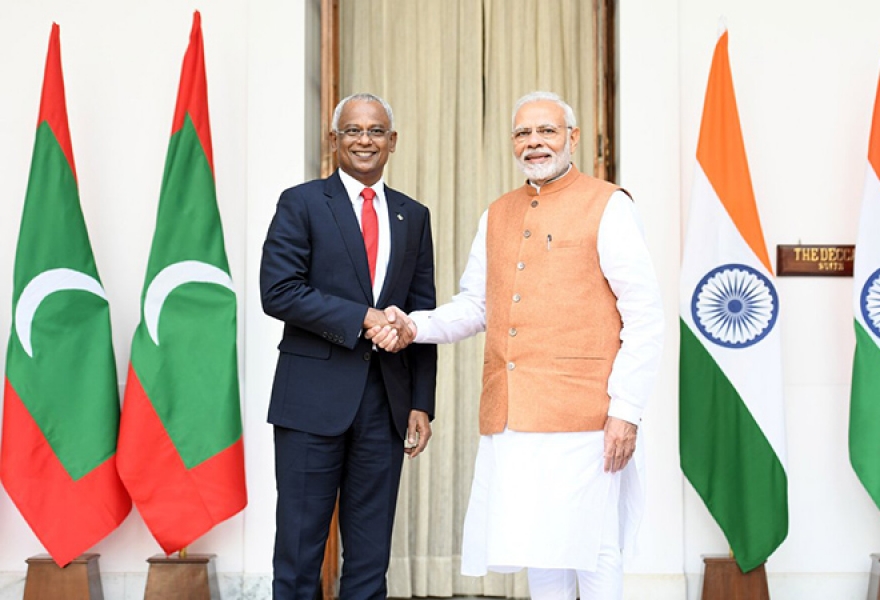 The Union Cabinet of India, chaired by the PM Narendra Modi has approved the opening of a new Consulate General of India in Addu City, Maldives in 2021.

India and Maldives share ethnic, linguistic, cultural, religious and commercial links steeped in antiquity. Maldives occupies an important place in the ‘Neighbourhood First Policy’ and the ‘SAGAR’ (Security and Growth for All in the Region) vision of the Government of India.

Opening of a Consulate General in Addu City will help augment India’s diplomatic presence in Maldives and make it commensurate with the existing and aspired level of engagement.

The official release by PM Office mentions that this is also a forward-looking step in pursuit of ‘SabkaSaathSabka Vikas’ (Together, for everyone's growth, with everyone's trust).

The consulate would be issuing Visas to locals and foreigners who wish to travel to India. It would also be an enabler to promote trade, assisting companies to invest and to import and export goods and services both inward and outward and provide assistance for people going to India on Medical. This would be of immense help to the people in south of Maldives and for thousands of travelers going to India, mostly on Medical. In additional they would also help the hundreds of Indian teachers and nurses working in southern Maldives.

Though the decision is made by the Indian Cabinet, an official communication and approval needs to be obtained by the government of Maldives.

In a press conference, President Ibrahim Mohamed Solih was responding to a question by a journalist when he said that India has not shared any details of the decision with the Maldivian government as of yet. He did say, however, that discussions would be made to fulfill requests made by one another through diplomatic relations between the two nations.

"We have not made a decision on the matter yet. It is known that India and the Maldives have a very close relationship. As with other neighboring nations," said the President.

Earlier this year, Minister of Finance Ibrahim Ameer revealed that USD 200 million (MVR 3.8 billion) from the credit line extended to Maldives by the Indian government would be utilized to fund road and harbour development in the islands of Addu City.

Speaking at a news briefing held after the conclusion of the Maldives Partnership Forum, the finance minister declared that high-quality road construction would be included in the plans to develop Addu as an urban centre. In addition to road construction, projects planned for Addu include the reclamation of 25 hectares of land for tourism purposes, construction of additional housing units, expansion of Hithadhoo Regional Port as well as land reclamation for commercial and industrial zones.

Furthermore, a fish processing factory, a drug rehabilitation centre (on-going), a youth centre and an Islamic centre to be constructed on the island of Hithadhoo.

Apart for the project, the Maldives State Shipping (MSS) has already started operating a cargo ferry service from Tuticorin, India to Addu City and Thinadhoo in Huvadhu Atoll which has a capacity of 2,719 tonnes of cargo, enabling more business opportunity for the locals and pave ways to flourish the local economy.

As for the development of International Airport which is a dream of most people in Addu City, The Airports Authority of India is preparing a detailed project report which would be handed over to the Maldives government who would then tender the project. By the end of the project the City would have a state of the art Airport with more capacity to handle the economic boom in the region.

With so many projects and opportunities it is common ground of southerners that a Consulate in Addu city will further improve ties between the two nations and especially improve development activities between India and Maldives.