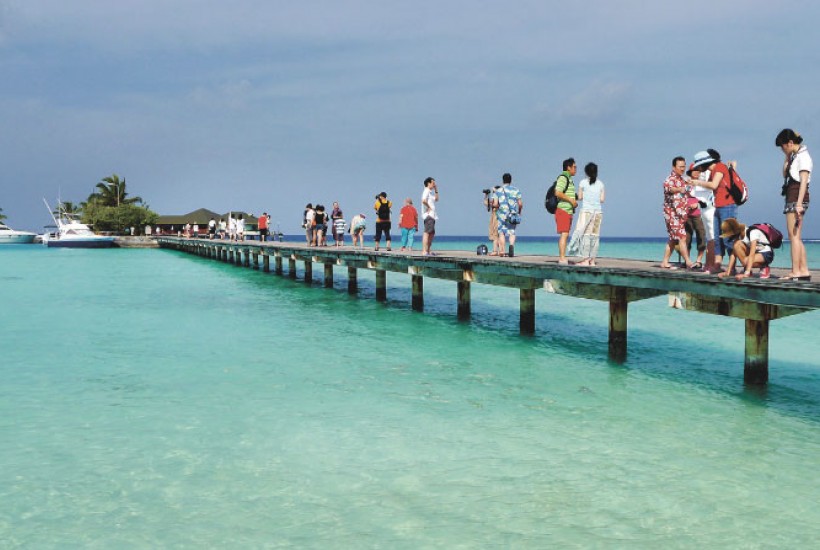 The Maldives Monetary Authority (MMA) has announced that the Maldivian Tourism Industry has earned a profit of USD 993.5 million (MVR 15.3 billion) for the first quarter of the year 2018.

According to the Quarterly Economic Bulletin released by the central bank, the tourism industry's occupancy rate hiked to 75 per cent in the first quarter of 2018 from 70 per cent of last year over the increased average guest night stay.

MMA reports that the tourism sector has made significant progress in comparison to last year's quarterly financial year. The main aspect to the progress is said to be the strong economy of countries that make up Maldives' main tourism market, as well as the progress made by airlines to their schedules.

"As a result, more flights started operations between Europe and Asia, and now the number of flights have experienced an increase during this period," states MMA.

The tourism revenue is inclusive of government tax received and the revenue received by tourism companies in the industry.

The latest statistics from the Tourism Ministry, a total of 726,515 holidaymakers have visited the Maldives during the first six months of 2018, marking a 10.5 per cent increase in tourist arrivals when compared to the same period last year.