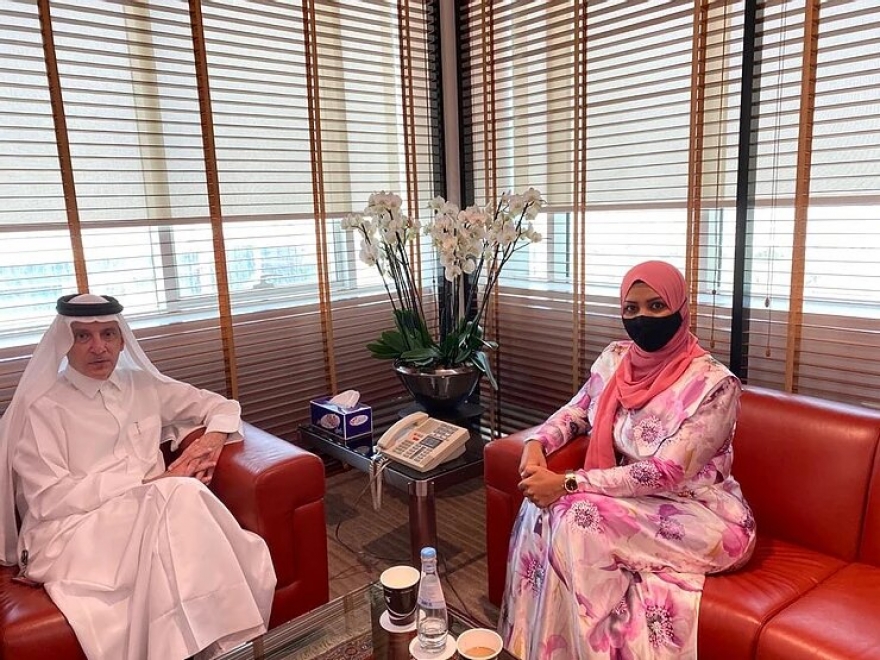 Minister of Transport and Civil Aviation Aishath Nahula has met with the CEO of Qatar Airways Akbar Al Baker during her official visit to Qatar and Bangladesh along with President Ibrahim Mohamed Solih, First Lady Fazna Ahmed, Minister of Foreign Affairs Abdulla Shahid and other leading government officials.

Both representatives discussed ways to further strengthen the aviation sector in addition to improving and building a stronger relationship between the countries.

Minster Nahula also met with Qatar Minister of Transport and Communications, Jassim Saif Ahmed Al-Sulaiti, and discussed supporting each other through collaborative works related to transportation and civil aviation services.

As the first airline to recommence flights to Maldives after borders reopened, Qatar Airways has contributed heavily to the recovery of Maldives’ aviation sector. The airline carried 34,436 passengers to Maldives in 2021, which was the second highest number of passengers transported in the year, behind Emirates.