Members of FMS Takes Part in a Special Workshop at College of Ocean Sciences, Jeju 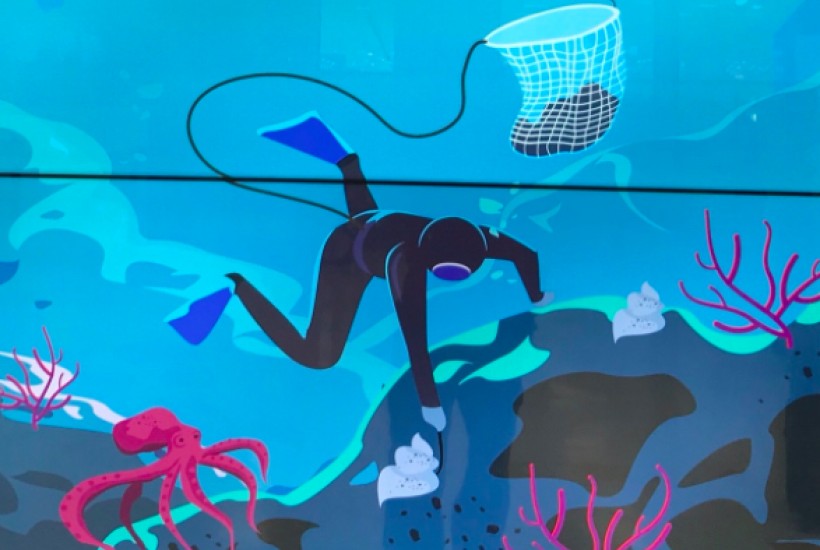 Since December 2016, The Faculty of Marine Studies(FMS) who has been seeking like-minded international partners amongst the worlds top universities, has been discussing the possibility of collaborative work with the Laboratory of Marine Bioresource Technology in the College of Ocean Sciences at Jeju National University.

As part of their collaboration, members of the FMS were invited to attend a special Seminar on Marine Biodiversity of the Laccadive Sea held at the College of Ocean Sciences at Jeju.

Meanwhile, teams from the Institute of Oceanology at the Chinese Academy of Sciences as well as a team from the College of Food Science & Engineering from the Ocean University of China also presented their work at the seminar.

Following the talks, Sendi presented the Jeju team with two varieties of seaweed samples collected from the Maldives for further studies under the MoU between the two institutions. In return, the FMS received samples of cosmetics made from the soft coral extract from the waters surrounding Jeju Island.

"It was eye-opening to take a tour of the laboratory undertaking testing of our seaweed at the College of Ocean Sciences. With assistance from Jeju University, we aim to set up our laboratory at Sun Island so that we can extract the bioactive material from the seaweed precluding the need to ship out large quantities of the raw material." Reads a statement by FMS

Members of FMS also visited other sites which interested them. The most notable visit of these was to the aquaculture facility, HAITIAN which cultivates seahorses for use in anti-hypertensive medicine and antioxidant teas & cosmetics. The facility also cultures & ships tropical fish for aquariums worldwide.

Furthermore, Members of FMS met with the fantastic women divers of Jeju, the Haenyeo at the  UNESCO Global Geopark. Haenyeo is a community of women, some in their 80th year of life, who dive without any scuba gear to depths over 10 meters to gather shellfish & seaweed. With their knowledge of the sea and marine life, the Jeju Haenyeo harvest for up to 7 hours a day, 90 days of the year, holding their breath for over one minute for every dive and making a unique verbal sound when resurfacing.

The volcanic island, Jeju Island, is the most significant island southwest off the coast of South Korea. The island measures approximately 73km (45 miles) across, east to west, and 41km (25 miles) from north to south. The population is about 625,000 inhabitants.