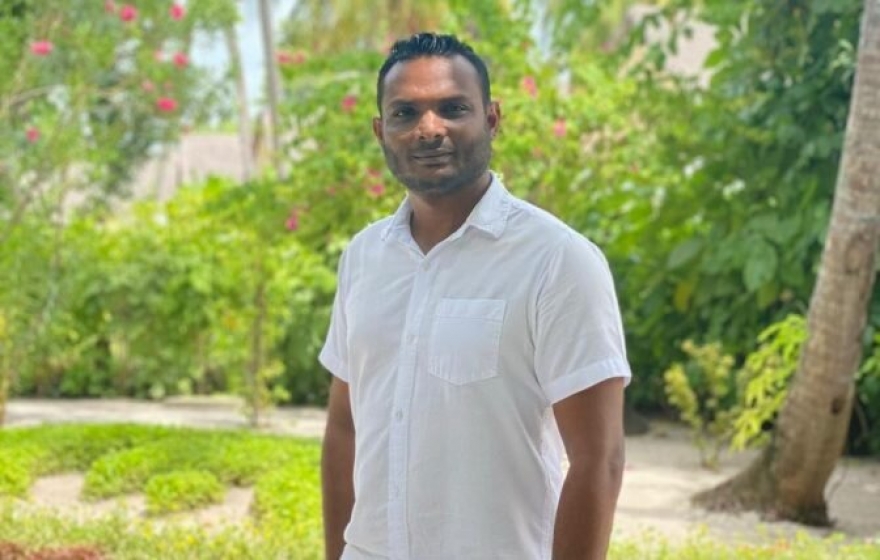 Kudafushi Resort & Spa has promoted Shaaz Naseer to the position of Resort Manager. Shaaz took a leap from his Executive Housekeeper role to his current post in a span of 5 years.

Starting off his hospitality career at Meeru Island Resort as a Receptionist in 2003, Shaaz has acquired strong leadership skills and customer service skills over the years as he climbed up from various positions, specializing in rooms division management. In 2016, Shaaz joined Kudafushi Resort & Spa as Executive Housekeeper and has now earned his latest role as Resort Manager through diligent and earnest work.

A dedicated and compassionate hospitality professional, Shaaz is highly motivated to work under environments that enables him to fully utilize his skills, and construct new ideas. He also expresses interest in traveling and learning more about different cultures.

Upon his promotion, Shaaz commented, “This achievement is not for me, but all those who worked for me and you guys deserve the credit for making me a better person and believing in me. Congratulations to all those who worked tirelessly for my team and thank you for all the hard work.”

Settled in Raa Atoll of Maldives, a “Kuda” light-filled gem in an infinite ocean of life, where the green of nature meets the crystal-clear water while the white coral beach defines the border, Kudafushi Resort & Spa can be reached by a 45-minute scenic seaplane ride from the capital of Malé or a 25-minute speedboat ride from Ifuru Domestic Airport. It is a 30-minute domestic flight to Ifuru Domestic Airport from Malé.

Kudafushi focuses on the preservation of marine life, local lifestyle, tradition and culture. Consisting of 107 villas, Kudafushi is an ideal resort for couples, as it offers the exclusivity option of being able to fulfil your wedding plans due to its innovative set of services such as photographic sessions or romantic dinners at the beach.