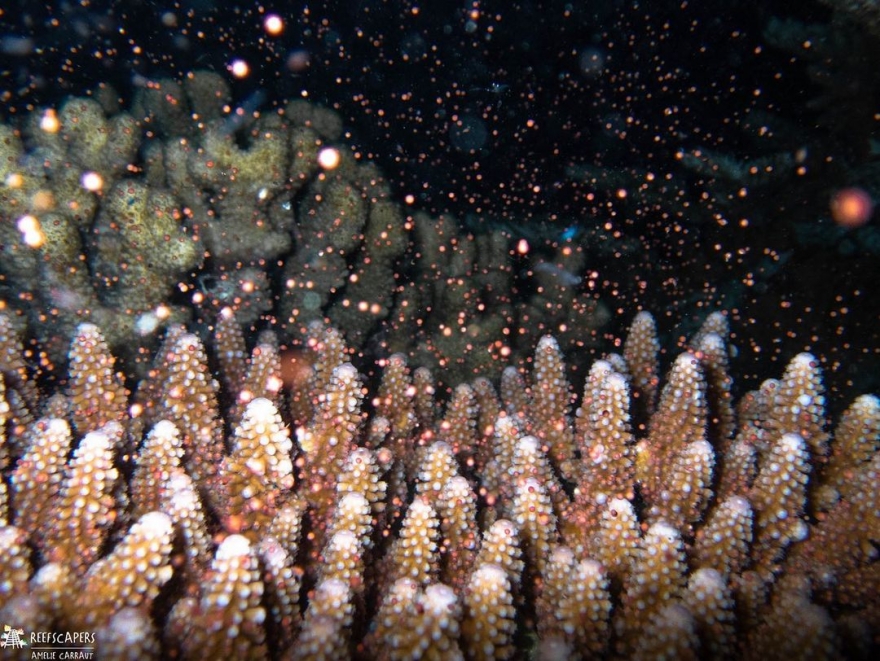 The team of marine biologists of Reefscapers based at the Sheraton Maldives Full Moon Resort & Spa has witnessed, for the second time since the beginning of the coral restoration project, four coral spawning events with 10 species of coral that spawned over four consecutive days from March 20-23, 2022.

After over 14 nights of dive monitoring and months of coral spawning research, the team successfully witnessed this event: one of nature’s most magical spectacles and the most rewarding event that shows the success of the coral restoration project.

The 10 species spawning were A. tenuis, A. humilis, A. gemmifera A. austera, A. cytherea, A. hyacinthus, A. millepora, A. nasuta and two species yet to be identified. Each night, except on the 20th, two species including A. tenuis spawned right after the sunset at either 18:32 or 18:38 after over 30 minutes bundling. The other species spawned around the lowest tide between 20:20 and 21:30. This phenomenon happens once a year per coral colonies and resembles an underwater snowstorm. Some species such as A. cytherea have been highly impacted by previous bleaching events in the Maldives so this is incredible to have record of these species spawning.

Coral eggs were first spotted inside multiple coral colonies on December 1, 2021 and slowly were pigmented over the past months. Prior to spawning, coral go through a process called bundling. A bundle of egg and sperm forms and becomes visible inside the polyps. On cues from the lunar cycle and water temperature, corals are ready to spawn. They release their gametes all at the same time: the Milky Way on the reef. As the gametes are only viable for a few hours, they spawn in synchrony to ensure fertilisation as they rise to the surface and flow with the current. After some time, planulae larvae will attach on the reef and create a new polyp that will grow into a coral colony.

Bundling time varies between species with some species spawning within 30 minutes and some other spawning after over an hour and a half. Spawning time also differs between species with species spawning at different time depending on their genetic similarity and evolutionary origin. During these night dives, crucial scientific data were collected by the team to increase knowledge on coral spawning.

The aim of coral restoration is to ensure coral cover increases on the reef. When corals spawn, it shows they are healthy and mature enough to reproduce. Even though climate change is alarming with ever-increasing stress on the reef, this is a sign that corals can recover from previous massive bleaching event.

In May and June 2020, 7,500 coral colonies were rescued from Gulhi Falhu and relocated on coral pyramids at the Sheraton Full Moon Resort & Spa, which allowed them a second chance to thrive. For the second time since the beginning of the project in February 2020, the team witnessed coral spawning on theses pyramids, showing the success of the project. 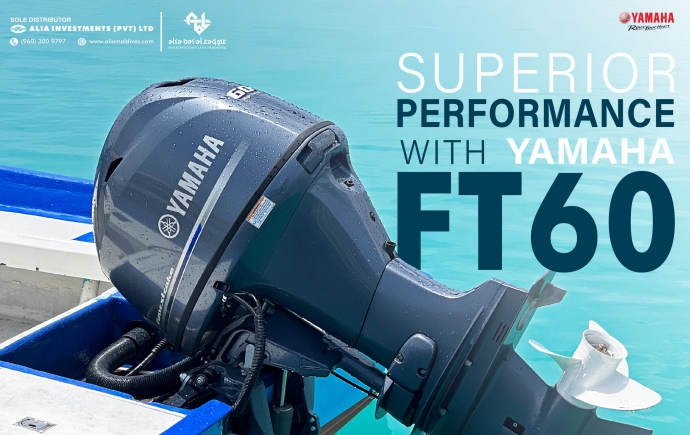