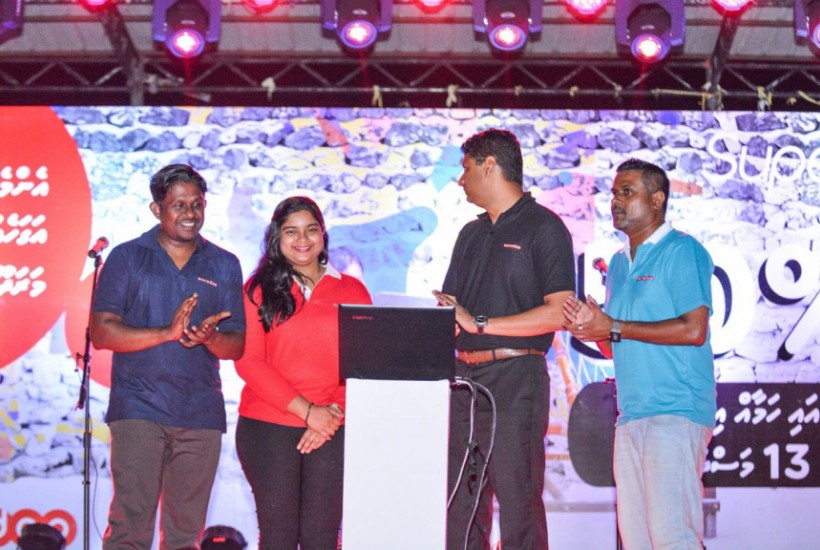 Ooredoo Maldives has expanded its SuperNet fibre-optic broadband service in S. Maradhoo and MaradhooFeydhoo, offering an extensive range of exciting fixed broadband packages with speeds up to 100 Mbps.

While Ooredoo celebrates its thirteenth year in the Maldives and the launch of its broadband in Addu, a special promotion has also been introduced which provides all customers from Maradhoo and Maradhoo Feydhoo who have acquired a SuperNet connection before 30 August up to 50 per cent internet allowance bonus on Supernet Services for thirteen months.

"Ooredoos vision is to enrich lives of our customers through digital technologies. Over the past thirteen years in the Maldives, we have made significant efforts to transform the digital landscape of the nation and connect communities to exciting new opportunities for development," Says Hussain Niyaz, the director of sales & Brand of Ooredoo Maldives.

"Upon receiving our fixed broadband license, a key priority of the company has been to ensure that high-speed broadband services are accessible to all local communities and businesses. We are truly pleased to expand our SuperNet Fixed Broadband services to Maradhoo&MaradhooFeydhoo, allowing its people to truly enjoy the internet with Ooredoo."

According to Ooredoo Maldives, new customers will be given the opportunity to acquire their new connections without an activation or deposit fee. Ooredoo SuperNet comes in several different plans. Ooredoo has optimised its SuperNet services for popular applications such as Facebook, Youtube, Netflix and more.

Furthermore, the company will offer a twelve-month instalment plan for customers purchasing the SuperNet router. Addu Cable Communication is the infrastructure partner in Maradhoo and Maradhoo Feydhoo, supporting Ooredoo in expanding the network on the island.

The company also revealed that it will expand it's high speed fixed broadband services to remaining areas of Addu City soon.