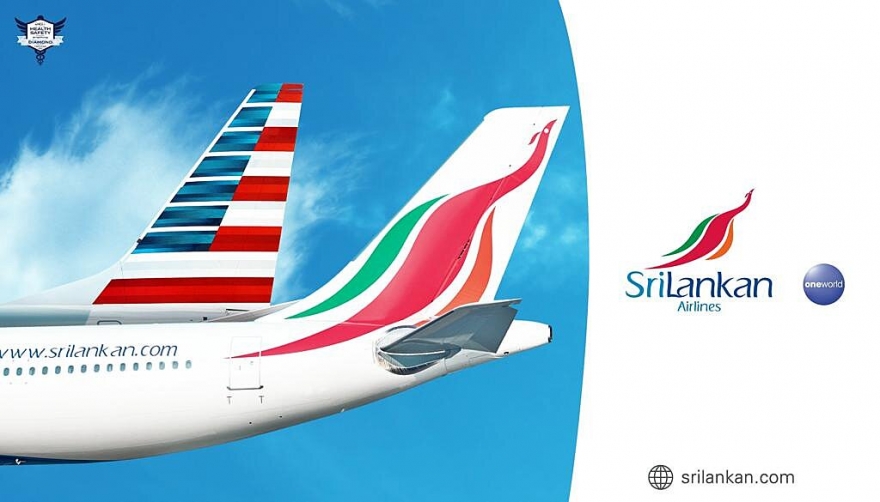 SriLankan Airlines announces that the Airline has re-established a codeshare arrangement with American Airlines in December 2021, which is expected to offer customers enhanced connectivity and travel options across North America and Europe.

Customers of SriLankan Airlines are now able to conveniently book flights to these US cities via Europe across the Airline’s sales channels. SriLankan recently resumed flights to Paris and Frankfurt in commensurate with the Airline’s commercial strategy to renew its presence in European markets. The Airline is committed to expand its network with the addition of new online destinations, as well as through several recent and planned codeshare partnerships with other airlines.

Richard Nuttall, Acting Chief Executive Officer/Chief Commercial Officer of SriLankan Airlines stated, “We are pleased to reinstate our codeshare partnership with American Airlines as SriLankan Airlines continues to expand its operations in Europe. This will introduce multiple new sectors and flight options to our growing network and allow our customers the option of convenient connections to several cities in North America via London, Paris or Frankfurt.” Anmol Bhargava, VP Global Alliances & Partnerships of American Airlines commented, “We are delighted to re-start our codeshare cooperation with oneworld partner, SriLankan Airways, to better serve customers traveling between Sri Lanka and the United States.”

SriLankan Airlines is an award-winning airline with a firm reputation as a global leader in service and was the first carrier in the South Asian region to receive the ‘Diamond’ rating from the Airline Passengers Experience Association (APEX) and SimpliFlying, a standard received for the extra safety measures and comprehensive hygiene precautions adhered to since the onset of the global pandemic.

Passengers intending to travel with SriLankan Airlines could book their tickets from the Airline’s ticket offices in Colombo, Galle, and Kandy or through their preferred travel agent. For more information please contact SriLankan Airlines Global Contact Centre on +94117771979 or visit www.srilankan.com