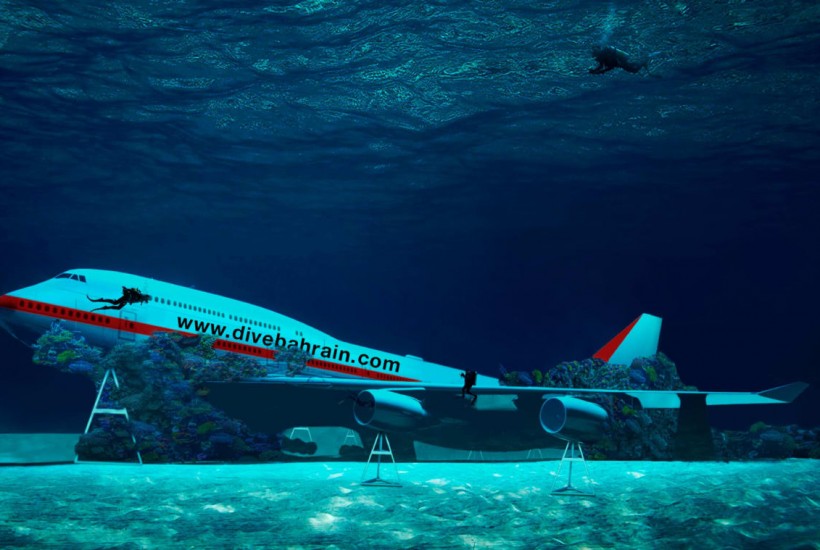 The Persian Gulf country of Bahrain is hoping to bring more tourists into the country through the means of a new "underwater theme park" an expansive diving site stretching across 100,000 square meters, with some unusual features.

What is going to bring the whole theme park together? A sunken Boeing 747.

It might be an unconventional idea, but its not putting the project managers off the concept.

The decommissioned, specially prepared aircraft which will be lowered into the water is 70-meters long.

The project is the result of a partnership which went swimmingly well, between the Supreme Council of Environment, Bahrain Tourism Exhibitions Authority (BTEA), and the private sector.

The diving site was announced via the state-run Bahrain News Agency, and is said to also feature a replica Bahraini pearl merchants house, artificial coral reefs and art sculptures.

It is said to be ready for divers by summer of this year, so plans are in full swing.