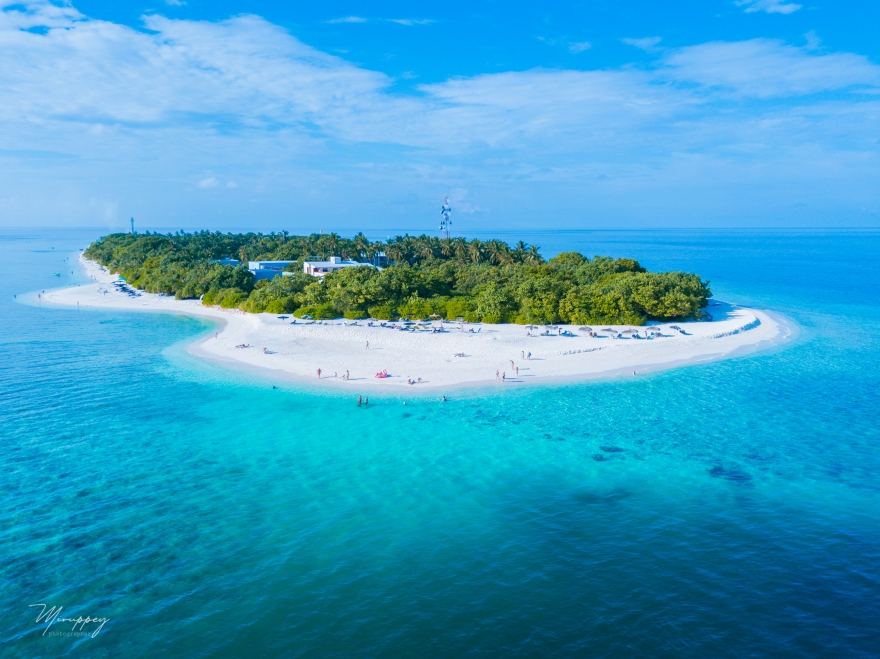 Since before its establishment in 2017, the team at the Guesthouse Association of Ukulhas (GAU) has undertaken numerous initiatives, not only to promote the island of Ukulhas in Alif Alif Atoll, but to market local island tourism in the Maldives.

One of the key initiatives was the launch of their website www.ukulhas.com, with the aim of promoting both, Ukulhas, as well as the destination as a whole. The association believes that the concept and format of the easy-to-navigate website would be suitable for local island tourism, and which other islands can easily replicate and follow.

Ramiz Ibrahim, one of the founders and President of the GAU stated, “We wish to highlight our marketing model and show other islands that they, too, can replicate this model and our website format in order to further promote cultural and local island tourism in the Maldives. We need to create more exposure for islands in far-flung atolls such as Haa Alifu, Haa Dhaalu, Addu, Fuvahmulak and more – not just those in Malé Atoll. Every island in the Maldives has something great to offer.”

In terms of marketing, the association’s main focus is on the website and social media. The main components of the Ukulhas website provides answers to any queries guests may have about the island; things to do, places to visit, locations and maps, restaurants and traditional food, details of all the guesthouses on the island, transfer details, geographical information, the history of various sites and of the island itself, and much more. “Numerous visitors come here to truly experience the island’s environment; its flora and fauna. We get many questions on the subject matter, so we included as much information as possible about this on our website,” says Ramiz. “For example, the most popular types of trees and plants that have grown here since the beginning, the most common types of birds that Ukulhas is home to – their behaviour, breeding habits, what they eat and their life cycle – and even the various types of fish and other marine life that surround the island.”

Further reiterating the benefits of the website’s framework, Ramiz added, “Not only is it great for guests, but it is a rich source of information even for the public, such as students who are conducting research. Or if someone wants to do a proposal that requires various information about the island, they can use our website as a reference. This is not just a destination marketing tool; we had everyone in mind during the creation of the website. Our hope is that this model and framework be utilised by other local islands too, benefiting the country as a whole, and enriching the amount of information and data out there regarding different regions of the Maldives.”

The island of Ukulhas is one that is sure to capture eyes, hearts, and souls with its brilliant blue waters and ivory beaches as the pride of its picturesque scenery. The island is blessed with psychedelic coral gardens home to majestic sea creatures, lush greenery, and its most significant treasure – the warm and welcoming people of Ukulhas.

Ukulhas, as a product, has always been promoted and recognised as a sustainable, green island; in 2011 the Maldives’ first systematic waste management system was established by Ukulhas Council with the immense effort led by the Ukulhas community, in partnership with EPA, UNDP Maldives and World Bank. This model has since been duplicated across the Maldives. “Ukulhas Council in association with the local Government authorities trained 75 island councils, who replicated it in their own islands. The project was a huge success. It showed that although it is a small island, if you effectively work for something, you can achieve it. We believe the same can be done with our marketing model,” says Ramiz.

Established in 2017, GAU is the country’s very first island-based, officially registered guesthouse association, providing a single platform to connect all stakeholders. However, the team had already been working together since 2013 as a tourism union. “Guesthouse tourism directly interacts with the local community, which can lead to various social challenges,” says Ramiz. “We have to be aware of this and stay connected with the island community and its council, while keeping in mind their rights and by listening to what they have to say. Of course, it is a sensitive matter to open guesthouses in local islands where communities have lived for generations. We have been working together since 2013 in order to attend to such aspects, to solve various issues that may arise, and also for destination marketing purposes.”

*Images provided by the Guesthosue Association of Ukulhas (GAU): Tourism Union before the registration of the GAU (right), Inauguration meeting of the GAU (left)*

Since its initiation, the GAU team has successfully conducted an array of island-level activities. “When conducting island-level activities such as clean-up programmes, coral restoration programmes, fundraising events and more, everyone is a part of it no matter which organisation’s initiative it is – we work as a team and believe that it has tremendously contributed to the success of such events.”

Starting out with just one guesthouse in 2012, Ukulhas, today has 34 guesthouses ranging from luxury properties with 45 rooms and a pool, to properties with 25 to 15 rooms. Ramiz noted that the island has 582 beds and 272 rooms, with around the same amount currently under construction.

Speaking about the success of guesthouse tourism in Ukulhas, Ramiz added, “We couldn’t have predicted that it would get to this level of success, but we always knew that there was a future for guesthouse tourism in the Maldives. One of the first few guesthouses in the Maldives was opened in Ukulhas in 2012. Rasdhoo also had a couple of guesthouses at the time. Even back then, we used to conduct destination-promotion activities, during a time when we did not fully understand how these promotional activities would benefit us or how big the benefits would actually be.”

This new venture into guesthouse tourism in the Maldives came with multiple challenges – transportation being one of the key issues. “With the opening of the first guesthouse in Ukulhas, other guesthouses also started popping up. We didn’t know the risk factors of establishing this new concept in the Maldives – a place that only used to cater to the high-end market. So, we were pretty skeptical about opening it back then. However, we went ahead, and it definitely came with its challenges. There used to be only one public ferry service which took about four hours to transport guests to the island, and due to rough seas and bad weather, there would be many ferry cancellations which delayed their arrival at Ukulhas. We faced a few problems like this,” Ramiz recalls.

In order to solve the transportation issue, Ramiz and his team, took the initiative to establish speedboat transfers to Ukulhas in 2015. “Since then, there are now two companies providing speedboat transfer services to Ukulhas with a total of six speedboats in operation. Today, guests are able to arrive in, and depart from Ukulhas on the exact day and time that they are supposed to – with ease.”

During the initial stages, the team realised the need to establish activities such as diving and water sports on the island, which led to their partnership with Dive Club Maldives to initiate the first dive centre in Ukulhas – Dive Plus Ukulhas – in 2014. The dive centre was opened as part of Dive Club Maldives’ CSR component to contribute to local communities. Since then, numerous dive centres have popped up across the island. Water sport activities were also set up through various partnerships. Ramiz further noted that the island started off with just two shops in 2012, while today, there are 16 shops dotted around the island, in addition to numerous international-standard restaurants and cafés.

The community of Ukulhas itself has greatly benefited from the thriving tourism scene on the island in terms of talent development and training programmes. For example, the association has developed numerous photographers among the youth of Ukulhas through workshops and trainings. “During the inauguration ceremony of our Convention Centre for the SKIMA Conference (International Conference on Software, Knowledge, Information Management and Applications), organised with the help of Ugail Foundation, we trained about eight photographers - out of which we even saw some very young talented participants aged 12 and 13!” said Ramiz.

Highlighting the significance of taking action, Ramiz stated: “I believe we have showcased that you do not have to depend on others, to establish certain necessities in order for guesthouse tourism to boom in your island. For instance, we could not wait for someone else to establish more transportation to the island, we took action ourselves. Of course, this is a challenging business; taxes are high; and so are utility bills – so, for small properties, it can be a challenge. But when marketed properly, occupancy will be at an optimal level. Unless occupancy is high, it will not hold up. During a six-month period, money must be generated for the upcoming six months. Which is why we focused on these important factors while moving forward.”

Urging other local islands to follow their marketing model and website format, Ramiz added, “We wish to inspire and motivate other island councils and island-level guesthouse and tourism associations to guide their community of guesthouses under this framework to thrive efficiently and sustainably, while benefitting the livelihood of the island citizens. We believed in the idea, and wanted to prove that tourism can be a success story in a tiny local island too, in harmony with its residents. When you work hard, together as a community towards the same goal, anything can be achieved.”

In 2019, GAU invited journalist from the Wall Street Journal (WSJ) to visit the island of Ukulhas. Numerous individuals were interviewed and an article was published in February, 2019. To view the article, follow the link below:

To view all awards and recognitions received by Ukulhas: