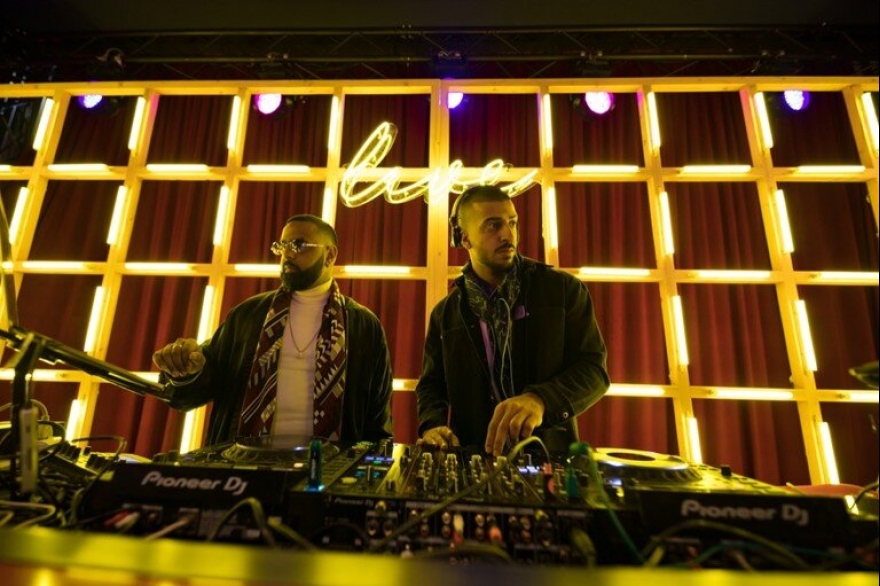 Sun Siyam Olhuveli celebrates Easter with thrilling events such as R/C boat racing, an art competition, a futsal championship, a pool party that is out of this world, and much more - especially for families.

The Spa is offering incredible discounts on all massages and body work, as well as a complimentary 30-minute sauna, or jacuzzi session for those who pre-book their treatments. Aside from massive discounts on destination dinners and activities, the little ones are also invited to join the scheduled excursions during the entire week– completely free of charge.

What would Easter be without great food? The main feast is a delicious Easter Sunday BBQ and a sumptuous five-star Easter brunch buffet hosted at Island Pizza, a picturesque, world-class restaurant next to the sunrise pool, not to mention the Easter food truck loaded with lots of yummy goodies, which lasts through the whole week!

DJ Scotty B is a five-time international award-winning DJ, whose job is to drop the sickest of beats at the chicest of venues, and he takes his job very seriously. He has released six albums nation-wide, of which one became a No.1 selling album on iTunes.

Scotty B has DJ’d for some of the biggest names working in the music industry today, supporting artists such as Jay-Z, Chris Brown, Sean Paul, Ne-Yo, and Fat Joe, while producing and remixing songs for the likes of Rihanna, Labrinth, and Kelly Rowland.

He has worked with brands like Motorola, Sony, Bacardi, Playstation, Universal, Warner/Atlantic, and Sony BMG in the recent past, hardly surprising when you find out that he has acquired a reputation for producing albums that sell gold.

Moh Flow is a Syrian-born singer, songwriter and rapper who seamlessly navigates the atmospheric melodies and hazy beats that are the hallmark of his music, with unnatural ease. A versatile artist through and through, his catalog boasts recordings ranging from deeply soulful ballads, to energetic anthems.

The effortlessly cool sound Moh Flow brings to the table has launched him from his humble beginnings, to major venues and events worldwide – namely, the Dubai Opera, Longboat Hall in Toronto, Sikka Art Festival at Dubai, Sunset Music Festival at Abu Dhabi, Radio Beirut in Beirut, the Globe Theatre at Los Angeles, etc.

Mixed Feelings is a Dubai-based duo consisting of DJTJ, and Mister Mistry.

Toronto native DJTJ, Majid Jordan’s World Tour DJ, is a household name within the Toronto nightlife scene. He has performed at some of the most popular venues across the USA, spending his spare time engineering sounds for chart-topping rapper, Drake.

Mister Mistry toured with Red Bull, and performed at various music festivals and nightclubs in Chicago before he moved to Dubai, where he regularly lays the groove down at high-end nightclubs like AK, Mahiki, and Industrial Avenue, to name a few.

Mixed Feelings currently holds a residency at the immensely popular, ‘secret’ Club Cartel in Dubai, where they have performed with some of the city’s biggest names. While primarily playing R&B and hip-hop, Mixed Feelings’ sets boast a selection of UK grime/bashment, afro, house, and reggaeton. They are equally at home whether they spinning records for prestigious events such as the Abu Dhabi Grand Prix, opening for Red Bull’s Music Tour, supplying sound for YSL’s Beauty Arabia pop up, or setting the mood at elegant Vogue weddings.