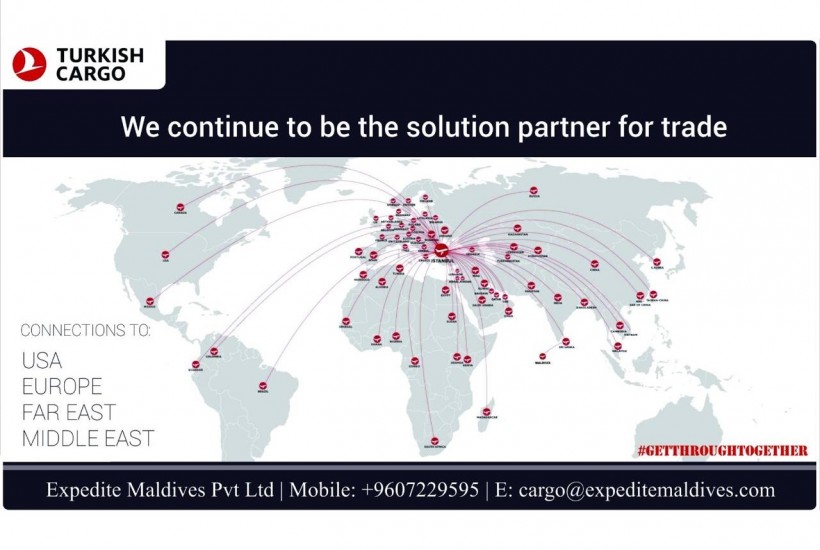 The flights will be taking the route from IST-MLE-CMB-MLE-CMB-IST enabling Maldivian exporters to resume their exports to Europe, US and Far East destinations in this opportunity.

Expedite Maldives stated: "Importers can bring perishables, medical and other items to Maldives. We believe this is a good news for the importers as well as exporters."

According to Expedite Maldives, the cargo aircraft with a capacity of 42 tonnes will be scheduled to operate on every Tuesdays and Fridays along with Boeing 777â€“300 aircraft.

In order to avoid disruptions that may occur in supply chain, the airline continues to provide cargo-only transportation services with Turkish Airlines' passenger aircraft in addition to its flights with freighters to over 50 destinations during this unprecedented period.

On 23rd March 2020, Turkish Airlines announced temporary suspension of its operations to Male until 17th April 2020 due to global health crisis, COVID-19.

For more information, customers can contact the company via telephone +960 3009595 or email cargo@expeditemaldives.com for any cargo related matters.

Turkish Airlines is the national flag carrier airline of Turkey. As of December 2019, the airline operates scheduled services to 319 cities (322 airports, 127 countries) in Europe, Asia, Middle East, Africa, and the Americas, making it the largest mainline carrier in the world by number of passenger destinations.