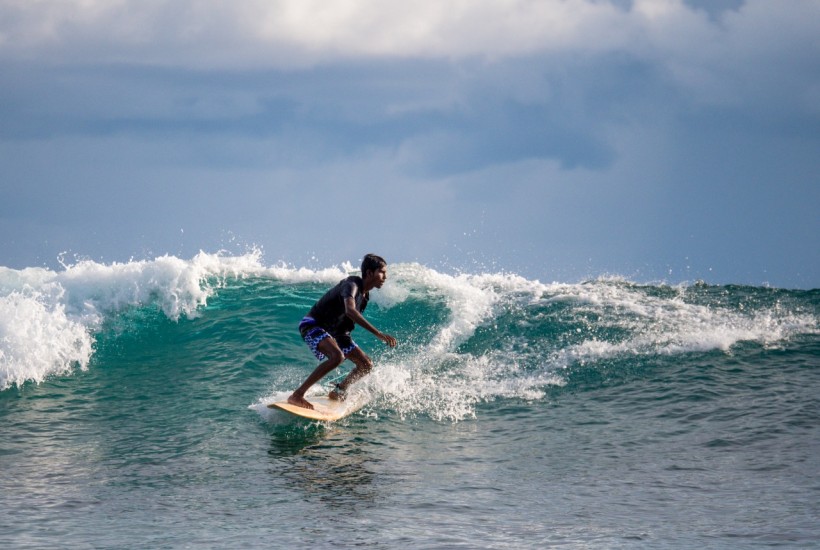 The Soneva Surf Pro 2019, Baa Atoll competition ended last week, with top prizes awarded to the winners of the competition.

Held annually in Baa atoll, the competition provided a chance for 40 surfers to compete for prizes including a 5-night holiday on a luxury surf safari boat, a brand new customized surf board made by Raalhu Surfboards, and surf accessories. 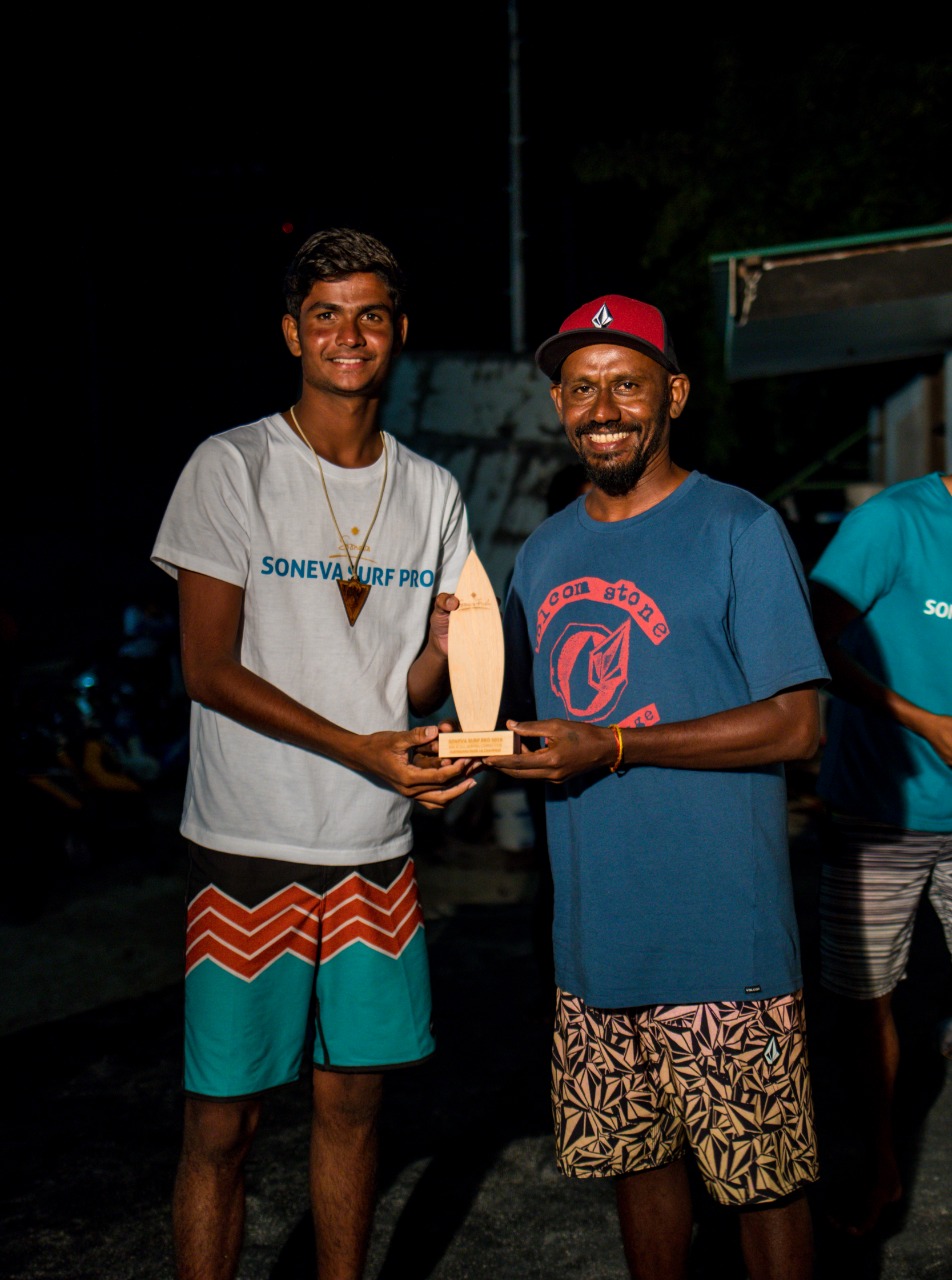 Part of the Namoona Baa initiative, which aims to foster a love for the ocean, the Soneva Surf Pro competition helps local surfers improve their skills, as well as introducing new surfers to the community. To encourage female participation in future competitions, three teenage girls from Baa, who are beginner surfers, had the chance to surf with the judges and guides on-one-one sessions, in addition to observing the competition. 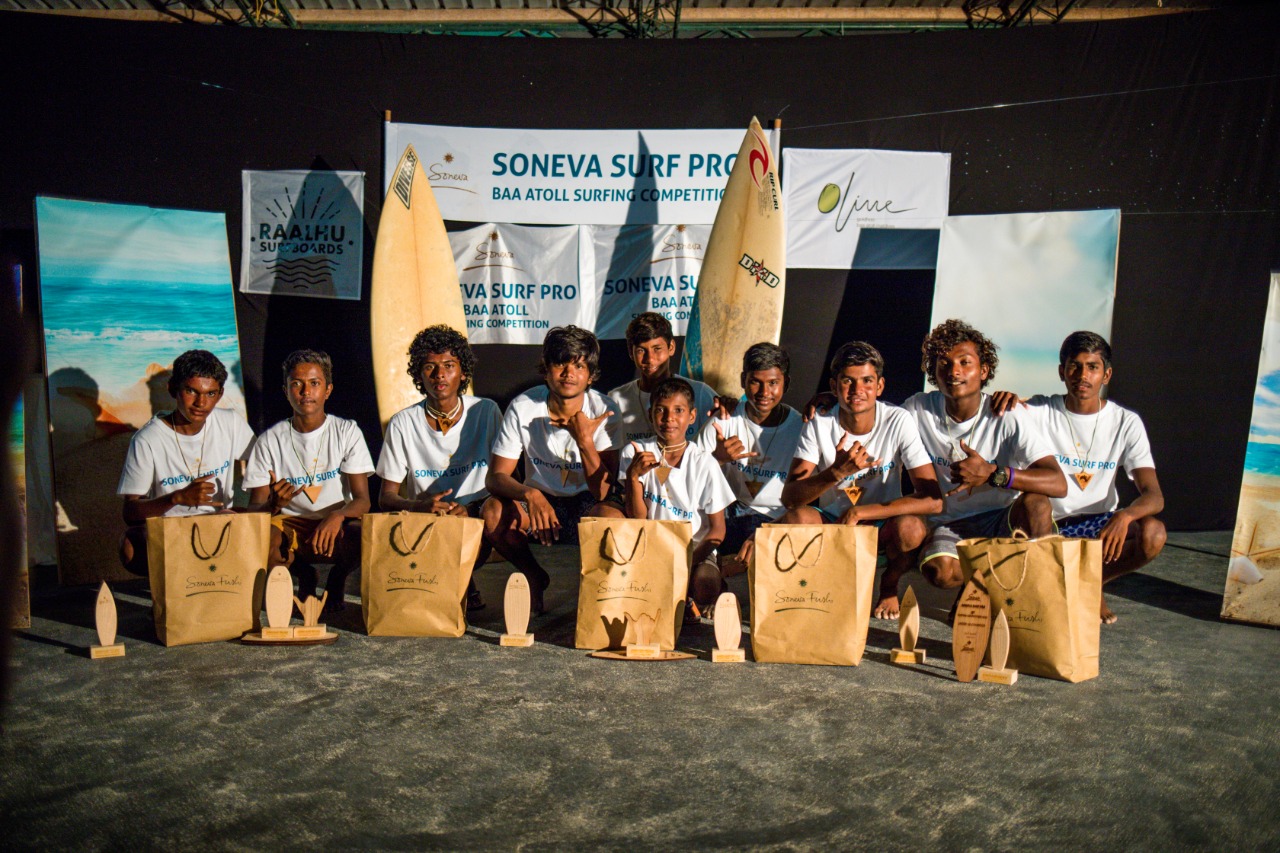