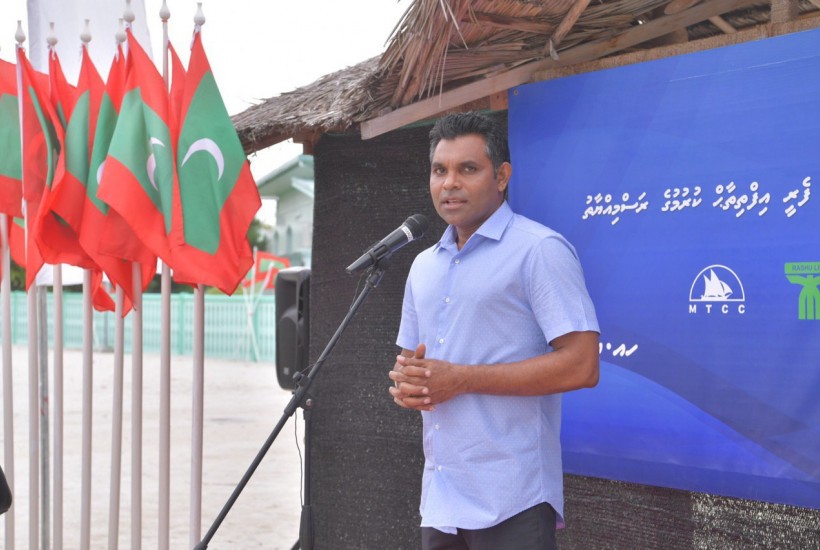 In his current visit to some islands of North Thiladhunmathi Atoll, Vice President Faisal Naseem has met with the members of Ihavandhoo Island Council and inugurated the high speed ferry service in the island.

During the meeting, the Council members briefed the Vice President on some of the pressing issues faced in the island and shed light on the ongoing development projects, including the need to update the harbor, create proper waste management mechanism and to broaden the services provided by the Council.

The Vice President noted their concerns and indicated that the point of making such visits to the islands are to work closley with the people in bringing development.

The ferry services which was inaugurated on the 21st of June, is scheduled to travel to some islands of North and South Thiladhunmathi Atoll.