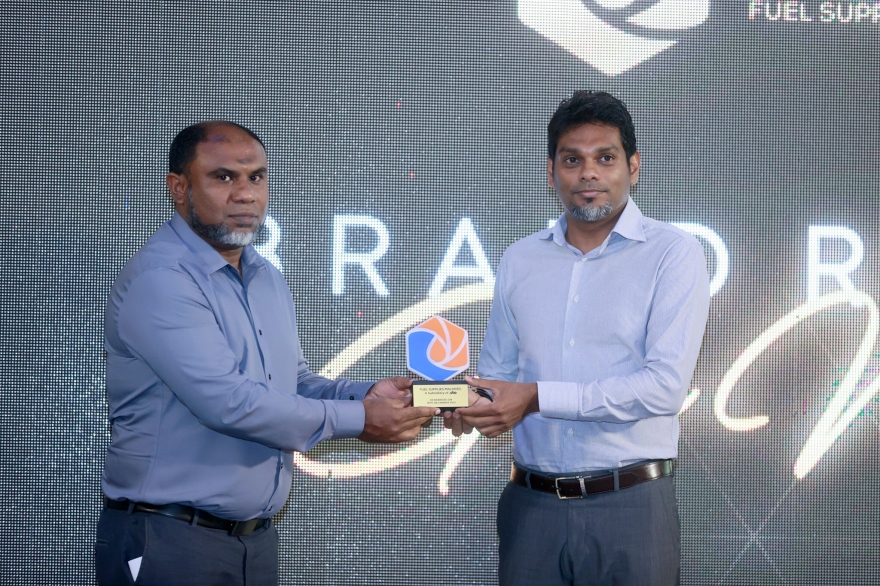 Fuel Supplies Maldives (FSM) reveals rebranded logo and colors on the occasion of its 21-year anniversary. The new logo was unveiled in a special ceremony held at CROSSROADS Maldives by Minister of National Planning, Housing & Infrastructure, Mohamed Aslam.

According to FSM, the logo is displayed in the shape of a chemical compound of hydrocarbon and its blue section showcases the vast sea surrounding the Maldives islands while the orange-colored parts represent the various types of fuel offered by the company. And the white lines in-between showcase its service network across the country. The logo was designed by Publicity Bureau.

The Managing Director of FSM, Mohamed Gasam highlighted the many achievements of the company that led to the current success of the company despite the challenges faced including the unprecedented impacts from the pandemic. He further commended the efforts of all its team members and stakeholders.

As said in the new slogan of company, “Fueling the Nation,” FSM continues to maintain its place as the leading fuel supplier and distributer of the Maldives with further expansion endeavors planned ahead.