Maafaru Airport to be enlarged to accommodate Airbus A380 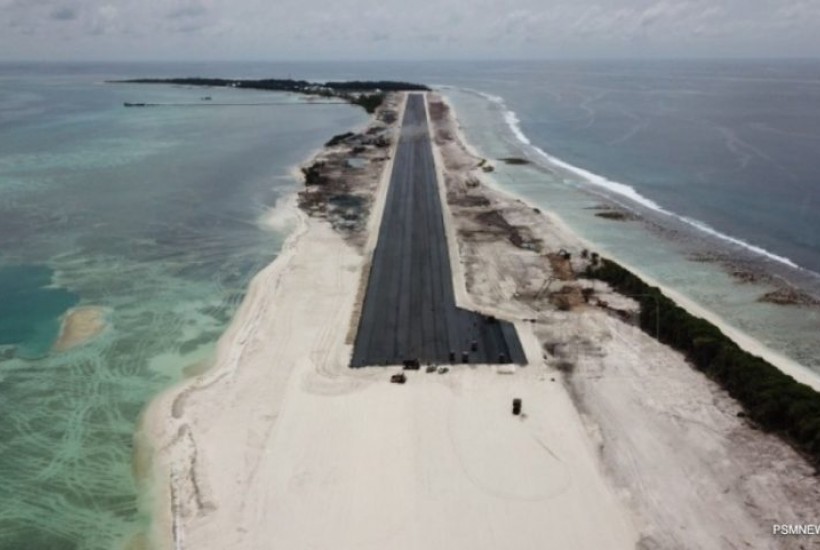 President Mohamed Solih mentioned this during a campaign event in the morning of the 17th of March. Solih announced that the company which is currently developing the airport which can currently accommodate Airbus A320 and Boeing 737 aircrafts wants to enlarge the airport so it can accommodate the largest passenger aircrafts in the world, the Airbus A380.

The company which is contracted is a Singaporean company, Tuff Offshore, and uses a USD 60 million in non-reimbursable financial aid awarded by the Abu Dhabi Fund for Development (ADFD).

The Maafaru Airport project has been on hold since the first test flight landed at the airport on the 18th of August 2018, during the presidential campaign.

"Today, the developer wants to further enlarge the airport. As you know, the current length of the airport is 2,200 meters. They want to enlarge it by a further 1,000 meters and make it an airport which is able to accommodate A380 aircrafts the worlds largest aircrafts. We welcome this," said Solih.

He also quotes, "We need to seize some of the few residences near the airport. A few residences. But we have decided to do this by awarding a good compensation. So what the citizens of Maafaru can do is, to do the things necessary to make this airport the largest airport in Maldives."

He said that, once the airport was complete, it would be the largest and the most modern airport in Maldives.

Minister of Transport and Civil Aviation, Aishath Nahula has travelled to Abu Dhabi for negotiations regarding the Maafru Airport Project, with ADFD on January 10th, 2019.