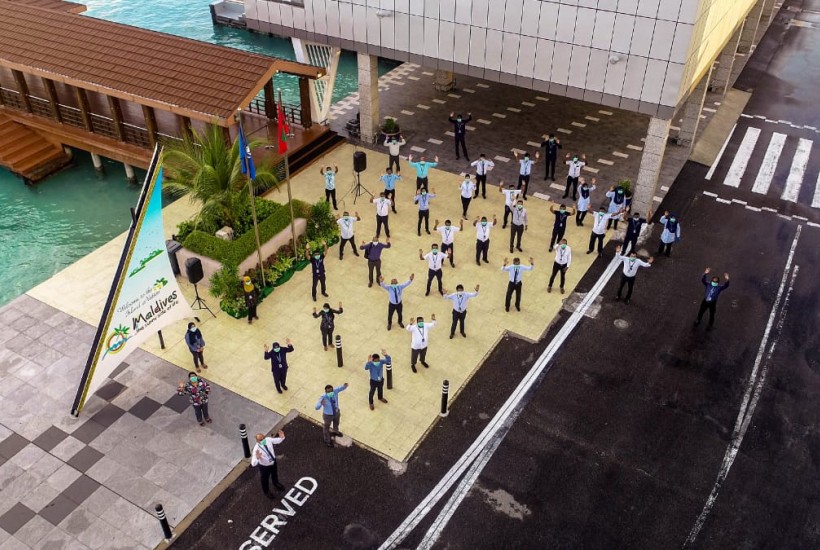 Demonstrating social distancing and wearing masks, a flag hoisting event was held at VIA to mark the occasion this morning. The operator of VIA, Maldives Airports Company Ltds (MACL) Acting Managing Director(AMD) Mr. Moosa Solih, Management Team & staff participated at the event. 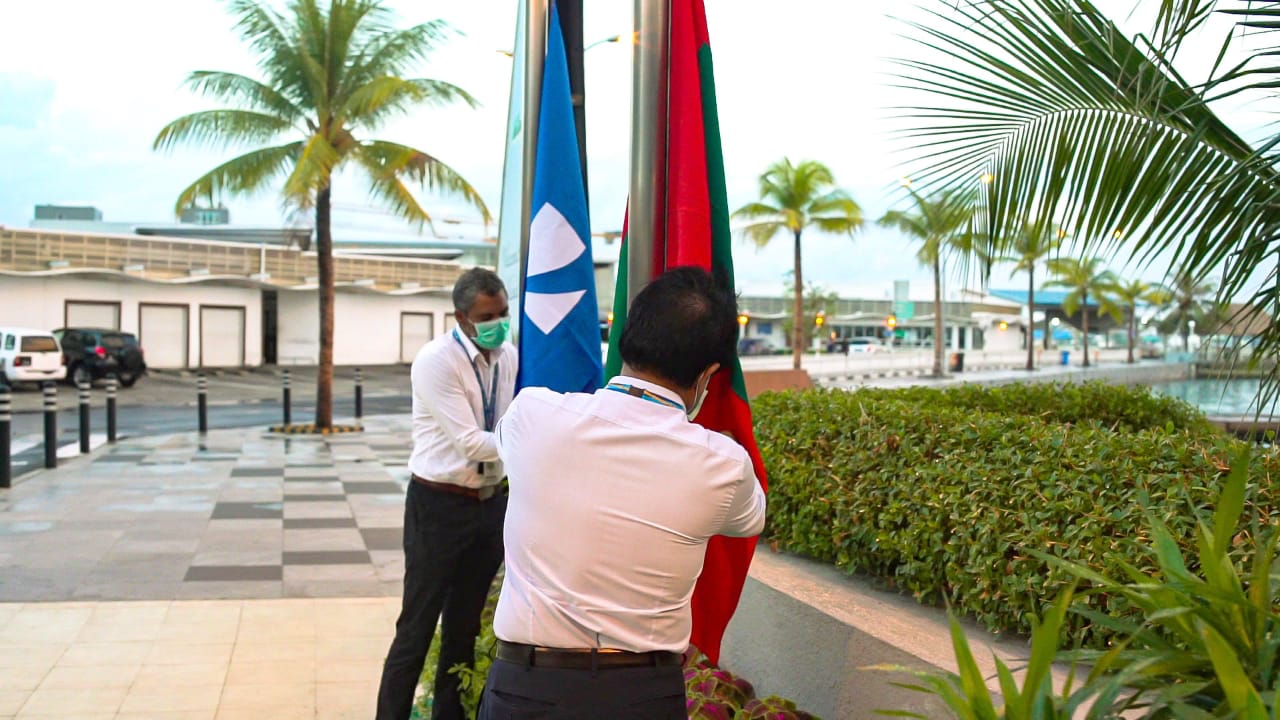 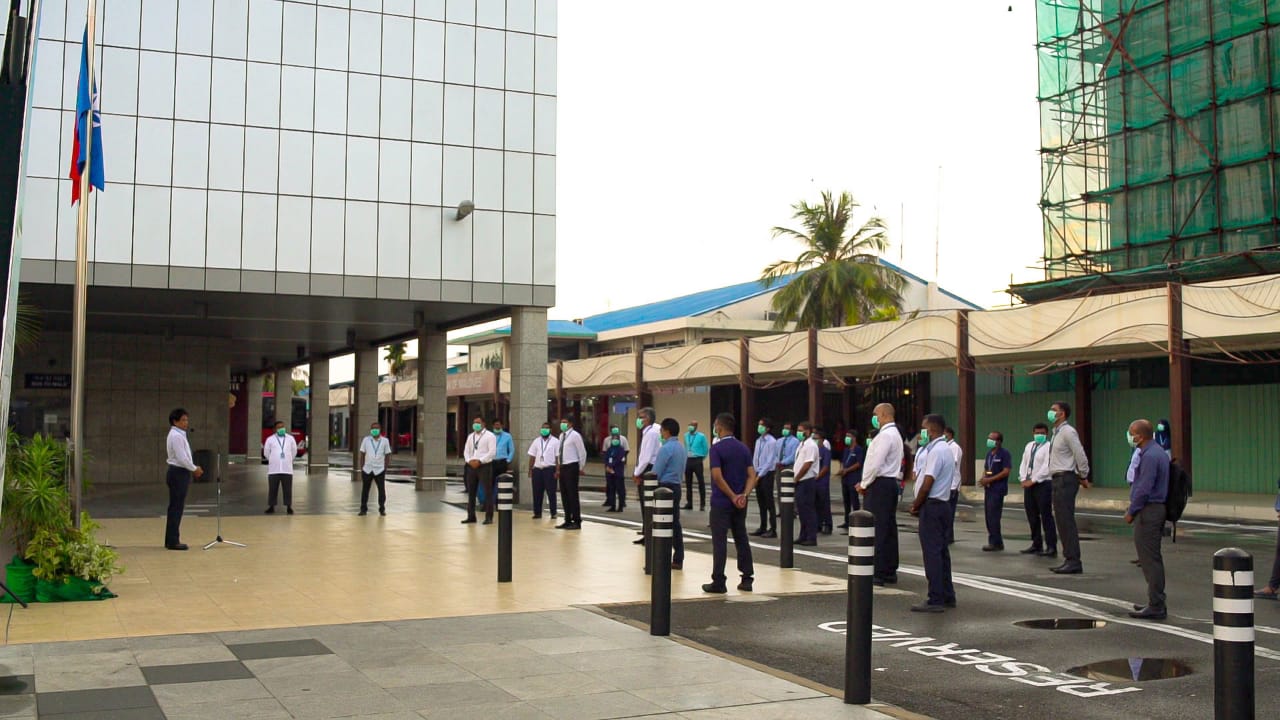 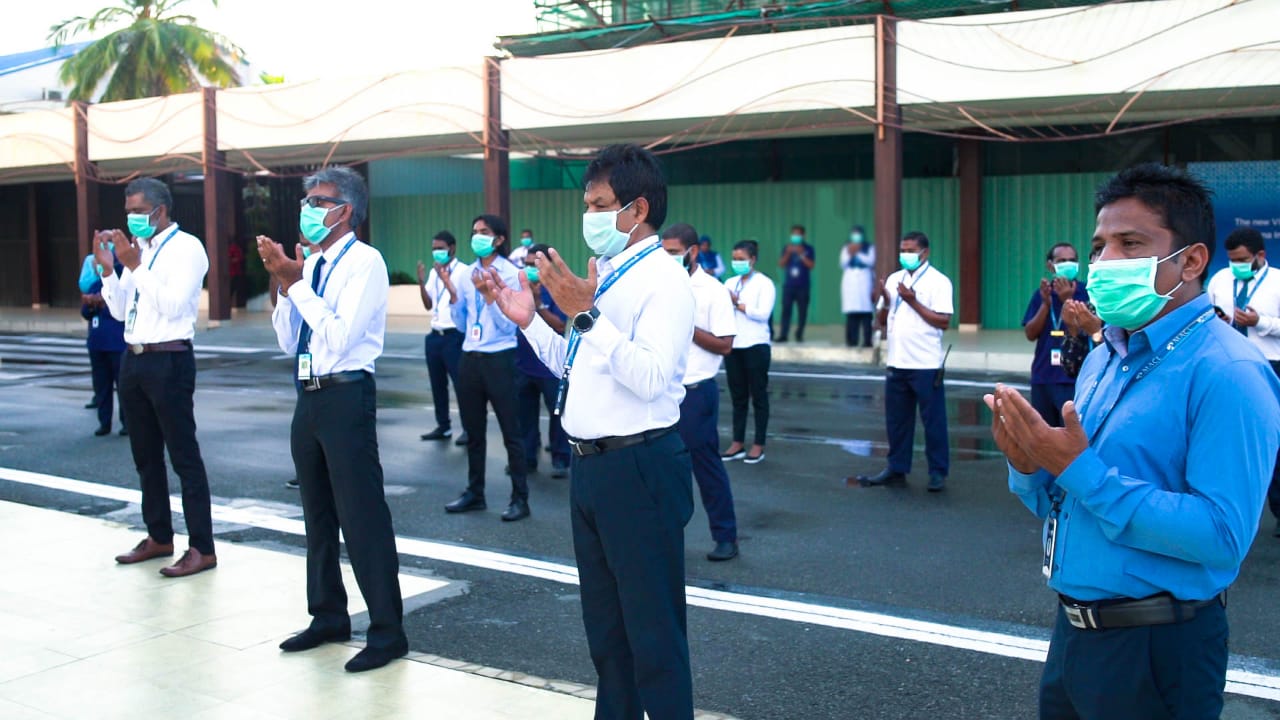 Speaking at the event, AMD Mr. Moosa Solih congratulated the employees on the occasion and highlighted that last year (2019) was a successful year as air traffic movements had a 16% increase and seen a 13% increase in passenger traffic. The west apron first phase and east apron were also open foroperations in 2019. However, because of the COVID-19 pandemic, VIA has been hit hard with fewer flights. He further states that the 40 international flights per day had been reduced to two airplanes, and on domestic operations, around five flights fly against 50 flights per day earlier. AMD Mr. Moosa Solih applauded the efforts taken by MACL on taking preventive steps against COVID-19 at VIA at a very early stage with guidance from Health Authorities.

Acting Managing Director said that "I always believe that the most valuable asset of our company is our employees. Today, I especially applaud to all the dedicated and hardworking staff who are working at the airport during the current global crisis". Mr. Solih stressed that, during the current pandemic, the employees who are working on the frontline at the airport are not only doing their job for the company, but it is their service for the nation. Todays event was concluded with a special prayer. VIA was opened by former President of the Maldives Mr. Ibrahim Nasir on April 12, 1966.

VIA reaches its 54th year during a period where the whole world faces a global health crisis, COVID-19. The majority of the flights in the airline industry have ceased operations to limit the spread of the disease, resulting a heavy drop in bookings and passenger arrivals.

Around the world, varying measures of control continue to be imposed; travel bans, suspension of flights to various regions and more.

MACL is a 100% government owned limited liability company incorporated under the Companies Act of the Republic of Maldives. MACL is governed by a Board of Directors appointed by the Privatisation & Corporatisation Board of the Maldives. The Corporate Office of MACL is on the island of Hulhule where Velana International airport is also located.

Maldives Airports Company is the operator of Velana International Airport and has been massively involved in destination marketing and bringing in new airlines to the Maldives to boost up the tourism industry. Today, the airport is well connected with major airports around the world, mostly serving as the main gateway into the Maldives for tourists.