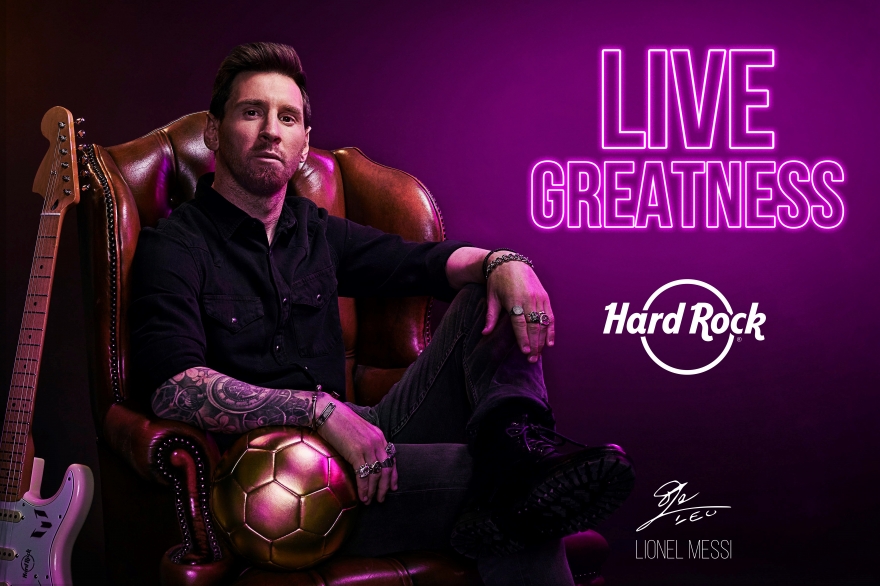 Since opening the doors of the first Hard Rock Cafe in London in 1971, Hard Rock International has established itself as one of the most globally recognized companies in the world. The brand is kicking off its anniversary celebrations by unveiling a new partnership with footballer Lionel Messi, who will serve as brand ambassador for the next five years, as first athlete to partner with Hard Rock.

The partnership harkens back to Hard Rock’s roots, as the brand’s world-famous t-shirts came to fruition when the original London Cafe sponsored a local football (soccer) team in the early 1970s. The team T-shirt featured the simple Hard Rock logo. The extra shirts were returned to the cafe and then given away to loyal customers. Eventually the restaurant had to set up a separate concession stand to handle T-shirt sales. To this day, Hard Rock’s Classic T-shirt remains an integral part of the brand’s identity.

As part of the new partnership, Hard Rock has also unveiled a new collection of merchandise inspired by its new ambassador. In addition to the special 50th anniversary logo, the garments show some of the player's most characteristic symbols, such as the lion, the number 10 and his own logo.  This collection joins the brand's iconic merchandising line, available in all its stores and online shop https://shop.hardrock.com/en-us/messi .

“Over the past five decades, the Hard Rock brand has grown to become one of the world’s most recognizable and beloved brands, with a Cafe, Hotel or Casino located in 68 countries,” said Jim Allen, Chairman of Hard Rock International. "As we reached our 50th anniversary milestone, we knew that we needed to partner with an icon to help us celebrate in a new and unexpected way, and there was no better choice than the legendary Lionel Messi.”

“I am honored to partner with such a renowned brand as Hard Rock, and even more so at this historic moment - its 50th anniversary!” said Lionel Messi. “Sports and music are an integral part of my life, a perfect combination between my profession and my leisure time. Uniting both is a great success, and I am very happy that they have counted on me for this special outcome. It is an honor to be the first athlete to partner with a brand who has a history of teaming with music legends."

Allen and Messi have sealed this agreement with an original gift exchange. Messi has given him a signed replica of his golden ball, a gesture that Allen has reciprocated with an electric guitar designed especially for him. A replica of this guitar, signed by the player, will be displayed at a Hard Rock property to be announced soon, making it part the most valuable collection of musical objects in the world.

The partnership is part of "Live Greatness", the new campaign that Hard Rock has launched on its 50th anniversary, which marks a before and after in the brand, honoring its past and while shining a beacon of light towards the future.

As part of the campaign, Messi makes his debut as an ambassador starring in a commercial that unites his skills with the soccer ball as it takes its place among the cherished memorabilia of the brand.

June 14, 2021 marks the 50th Anniversary of Hard Rock Cafe opening its doors in London. To kick off this milestone, participating Hard Rock Cafes will be offering Country Burgers for $0.71 during the first hour of business that day. 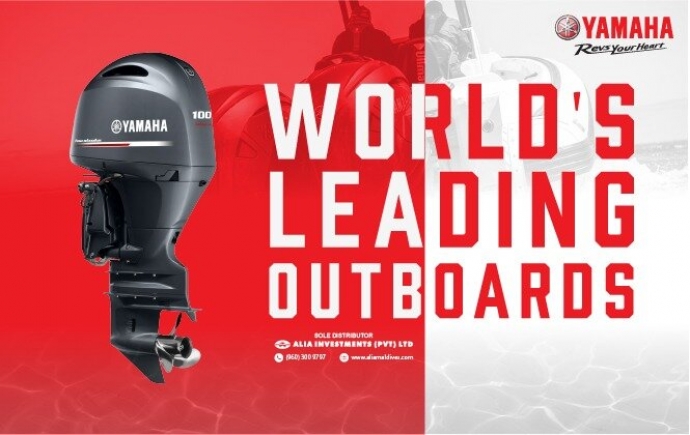