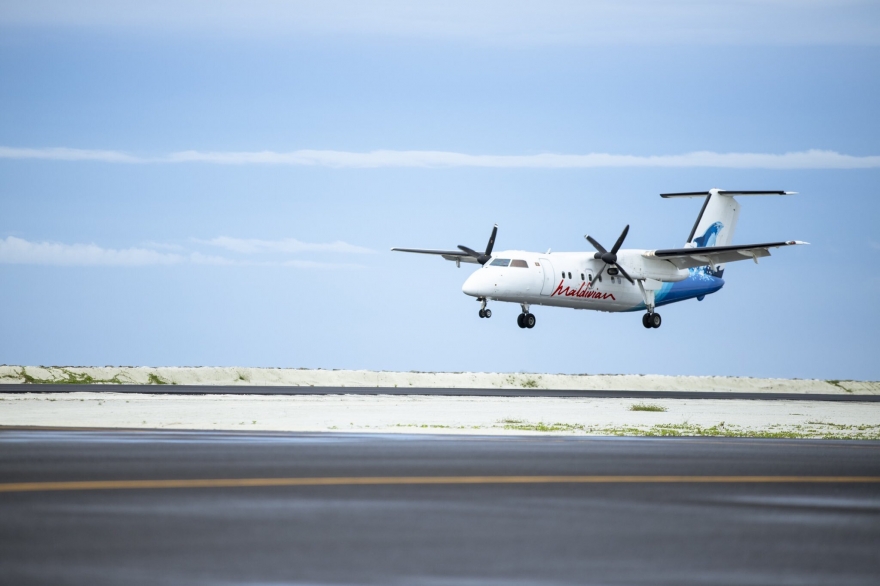 The national flag carrier, Maldivian has successfully conducted a test flight to Hoarafushi Airport today morning.  A number of the island’s residents gathered to witness the landing of the first flight, according local media present at the scene.

The newly developed Hoarafushi regional airport in Haa Alif Atoll will be officially inaugurated by President Mohamed Solih on November 18.

The scope of the project contracted to MTCC included the construction of a 1200m runway, 8,635m² of apron and taxiway, service roads in front of the terminal, 9,473m² of parking area, 1,718m² of fire access road, a fire building, a passenger terminal, 720m of airport security and a beach fence area.

The project was initially estimated MVR 198 million, later raised to MVR 211 million due to the additional development of airport terminal and fire building by MTCC.

Development of regional airports such as the Hoarafushi Airport will make guest transfer more convenient in the northernmost atolls. Moreover, these airports are a vital infrastructure to support our ever-expanding tourism industry, says the Government.