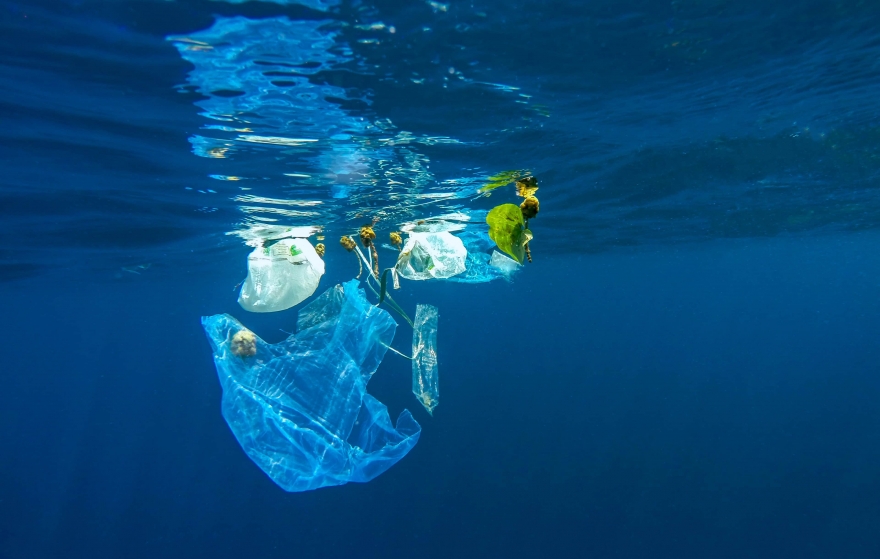 Every individual wants to wrap a brand around the body to impress, an additional threat to environment

Fashion is one of the world's most ecologically and socially harmful industries. The challenges to sustainability are rising at an alarming rate with poorly regulated production and hazardous working conditions, pollution and over-extraction of water and vast volumes of textile waste ending up in landfills. When paired with the rate of climate change and biodiversity loss not to mention the consequences for human health these issues cannot be ignored.

As per reports from Fashion Revolution White Paper, 2020 fashion industry's severe environmental and social consequences have dramatically risen. Indeed, the sector has been expanding at a 5.5 percent yearly rate and is already approaching a value of $2.6 trillion having produced 130.6 billion items of apparel and footwear in 2019. Mark Hillsdon examines fledgling attempts by H&M and other Fashion Pact members to clean up their act given that textiles are the main source of the 1.4 quadrillion chemically laden microfibres floating in our seas and entering the food chain.

As per Sharpe 2017 more than 60% of worldwide garment and textile exports come from Asia. Over the last two decades, the business has expanded significantly employing more than 40 million people in the region, the most of whom are women. Textile production consumes a lot of water and chemicals. The management of resources has a substantial impact on the sector's growth and sustainability. The textile industry as a whole has a massive water footprint, from agricultural water use for cotton production through water consumption in textile printing, dyeing, and finishing. The sector is one of the world's greatest consumers of fresh water utilizing an estimated 79 billion cubic meters of fresh water per year across the full value chain according to United Kingdom 2019.

Water crises are expected in textile manufacturing nations such as Bangladesh, Cambodia, India, Indonesia, and Vietnam since textile industry is located in countries with already precarious water resources. By dumping vast amounts of waste water containing dangerous compounds into rivers and waterways without proper treatment, the industry contributes to serious water pollution. According to EMF, 2017 and Niinimaki and coworkers, 2020 the dyeing and treatment of textiles is said to be responsible for 20% of worldwide industrial water pollution. The sector's carbon impact is likewise large, contributing for 6–8% of total world emissions with 20-35 percent of microplastic flows that end up in the ocean and its carbon footprint in 2015 exceeded that of international aircraft and marine shipping combined totaling almost 1.2 billion tonns of CO2 and accounts for 10% of all worldwide carbon emissions as per the reports of McFall-Johnsen, 2020 and IBID.

Among the teens of South-East Asia including Indonesia, India, Malaysia, Philippines, Thailand and Vietnam where teens are influenced by the hottest grooming and fashion styles, the latest sport/activity they're all into or even the snacks they are craving, needs to be addressed as the under developing nations are entirely lacking for waste management facilities.

The Sustainable Clothing Action Plan of 2020 [SCAP, led by the Waste and Resources Action Programme (WRAP)] is one of Europe's leading sustainability initiatives, aiming to reduce carbon emissions, waste, and water consumption associated with the fashion industry in the United Kingdom, Europe, and beyond. It is a collaborative framework and voluntary commitment to reduce resource usage, and by 2020, more than 80 organizations throughout the UK have pledged to meet industry-led targets. Meeting the SCAP objectives by 2020 would imply a reduction in CO2 emissions of 1.2 billion tons, 420 billion m3 of water, and 64 000 tons of waste60 in the United Kingdom alone. Carry Somers, founder of Fashion Revolution, a released an annual Fashion Transparency Index based on a survey of more than 250 major fashion firms. Only 20% of businesses have a strategy in place to reduce microfiber shedding from their garments, according to the current poll.

The negative consequences of such a trajectory are severe due to unsustainable behaviors and inadequately controlled supply chains. Despite the fact that the sustainability movement continues to gain traction, not every change has been favorable. Indeed, in the absence of accountability methods to ensure that merchants and manufacturers keep to their commitments, sustainability, ethical production, and other "buzzwords" may readily become marketing techniques for businesses.

In order to appeal to the conscientious consumer, businesses may participate in green washing, which is the practice of misleading purchasers about the environmental or social advantages of their products in order to promote purchasing. The topic is quite complex: there is no widely recognized definition of green washing. However, it is better defined as misinformation or distortion used by businesses when discussing their activities attempting (or pretending) to address sustainability. Despite continued improvement, green washing is a concerning trend; it allows firms to cut corners behind the curtain of 'looking green,' because customers cannot determine whether or not a company has truly maintained its stated environmental or social performance.