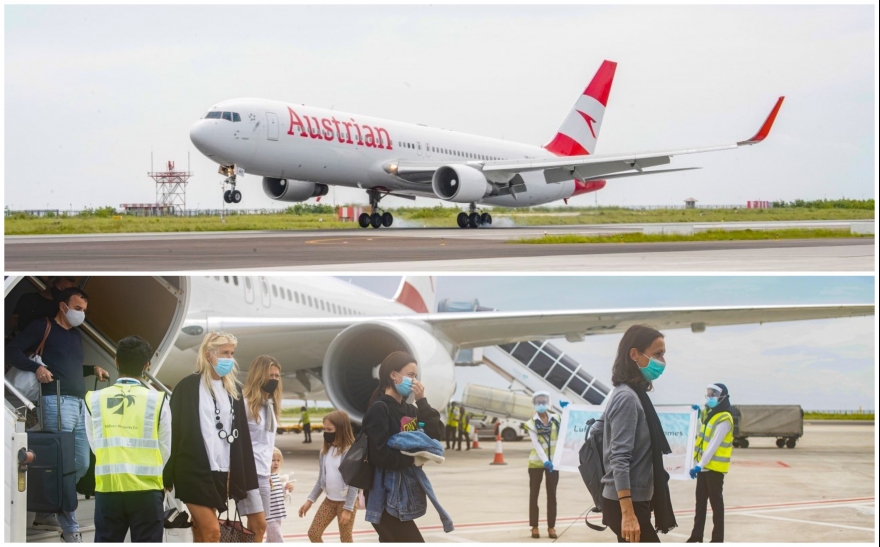 The first passenger flight of Austrian Airlines - since the closure of Maldivian borders - has landed at Velana International Airport this afternoon.

In time for this festive season, Austrian Airlines has scheduled to operate weekly flights to the tropical destination from Vienna, with plans to include an additional flight to its weekly service starting mid-December 2020, subject to extended entry restrictions.

Austrian Airlines will offer flights to about 60 destinations in the upcoming winter flight schedule, which is valid from the end of October 2020 to the end of March 2021. This represents about 20 flight destinations less than in the previous year. At the same time, many destinations will be served but with substantially reduced frequencies, said the airline.

Like all other airlines of Lufthansa Group, Austrian Airlines has already introduced compulsory masks on board their flights at the beginning of May, making them one of the first airlines worldwide to do so.

The home carrier has – like all other airlines in the Lufthansa Group – introduced extensive hygiene measures on board and on the ground. Austrian is also in close contact with the European Aviation Safety Agency (EASA), the European Centre for Disease Prevention and Control (ECDC) and national authorities to promote the ongoing development and harmonization of health standards in air transport during the corona pandemic.

Tourists arriving in the Maldives are to present a mandatory negative PCR test, along with a completed Traveler Health Declaration Form, submitted online via IMUGA (www.imuga.immigration.gov.mv) before arrival in the country. Further easing the process, Ministry of Tourism recently enforced the submission of a negative PCR test acquired 96 hours prior to take-off. Tests exceeding this time period are invalid and must be retaken.