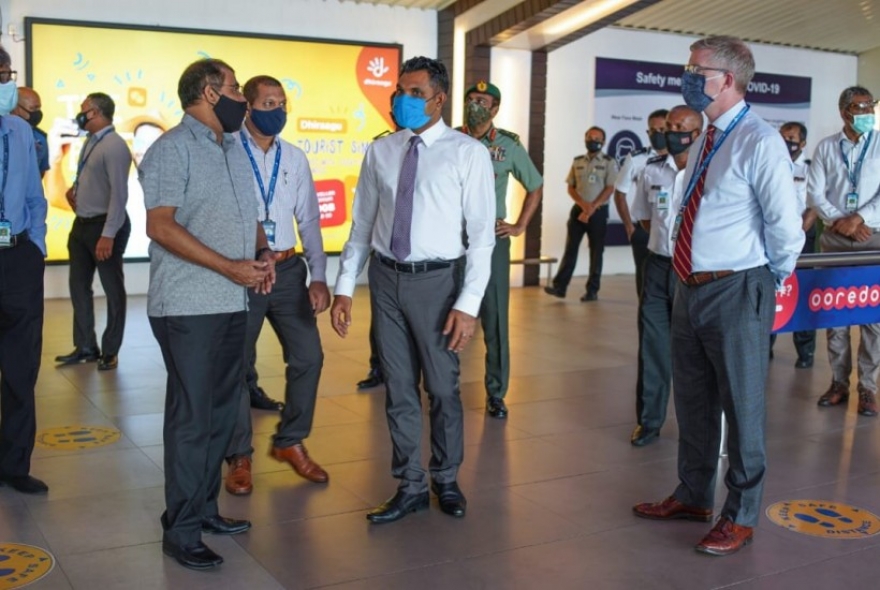 With the gradual ease of travel restrictions across the globe, many airports have introduced stringent health-related measures to welcome visitors. As such, the Maldives has implemented similar measures across its airports, especially Velana International Airport (VIA), currently the main and only airport accommodating international flights to Maldives.

Vice President of Maldives Faisal Naseem along with the Minister of Tourism Dr. Abdulla Mausoom, MNDF’s Chief of Defence Force Abdulla Shamaal as well as stakeholders of VIA has inspected the implemented health and safety procedures at the airport on August 27, 2020. 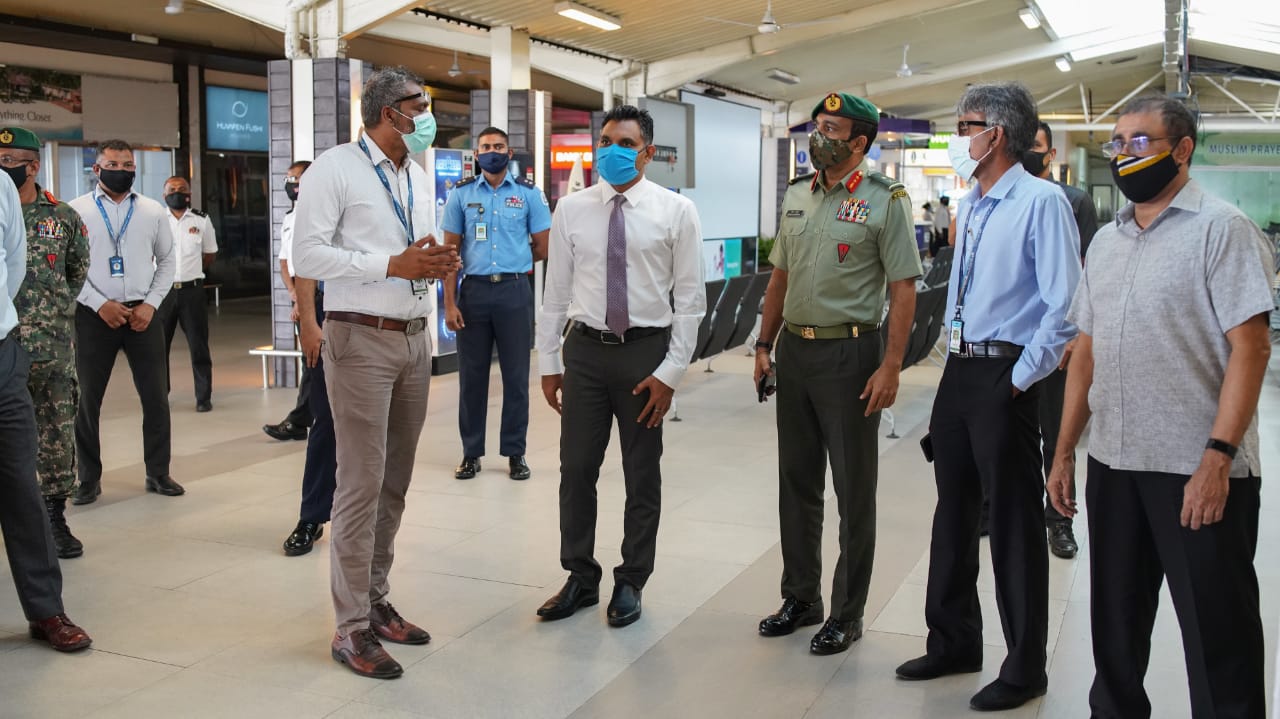 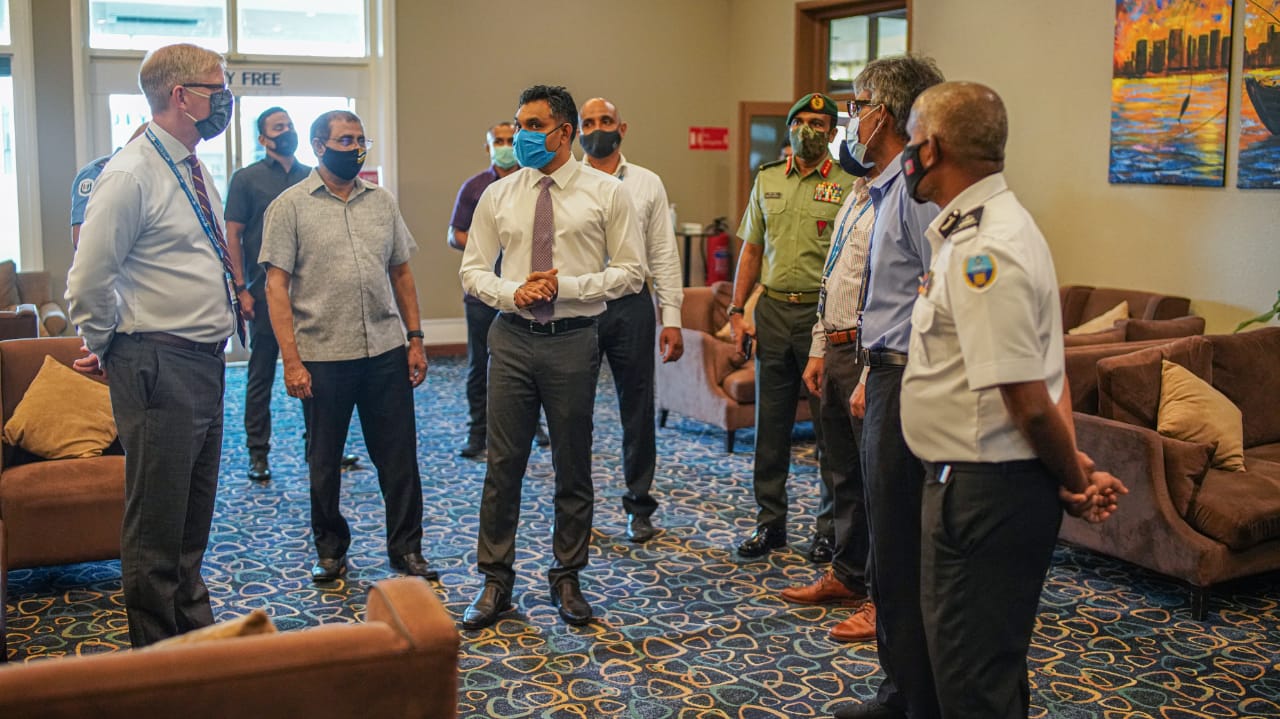 During the visit, they were accompanied by the newly appointed CEO and Managing Director of MACL Gordon Andrew Stewart. According to MACL, Stewart explained the current state of the airport including the performed health and safety procedures since VIA opened on July 15 for tourists.

During a month’s time since borders reopened, Maldives has welcomed total 5,177 tourists, says Maldives Immigration. Most of these tourists emerged from the countries; UK, UAE and the US.