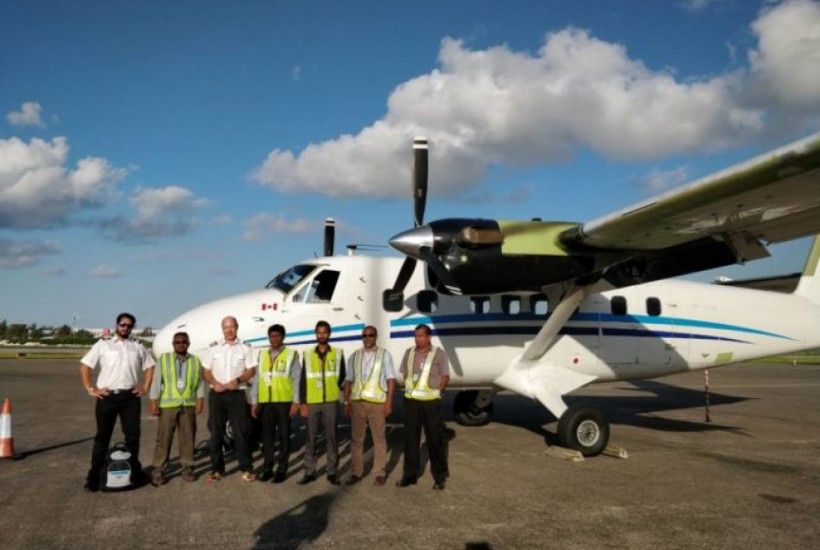 Trans Maldivian Airways (TMA) has welcomed a new aircraft which brings the total number of TMA aircraft to fifty.

The latest addition to TMA's fleet landed at Velana International Airport flying from Calgary, Canada around late afternoon on Wednesday.

According to TMA, Twin Otter aircraft from Canada was brought to ease the increase in demand of tourists visiting the Maldives. In this regard, 1.29 million tourists travelled from seaplanes operated by TMA in 2017. The plane has a capacity of 16 passengers and will be used in operating flights to resorts, according to TMA.

Managed by US-based investment firm Black Stone Group, TMA entered a merger with Maldivian Air-Taxi back in 2013. Black Stone purchased shares of the latter company at a value between USD120-150 million for the corporate merger.