Construction of the structure of new fuel farm completed: MACL 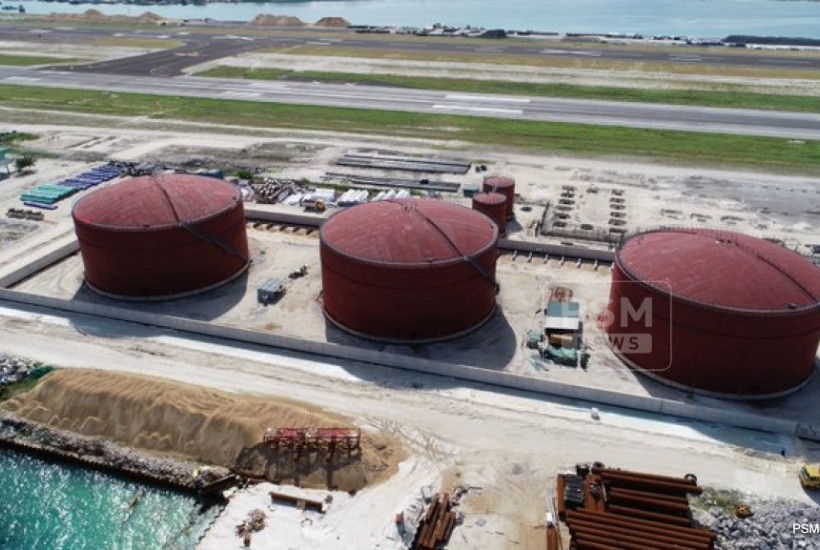 PUBLISHED August 14, 2019
Maldives Airports Company Limited (MACL) has revealed the construction of the structure of the new fuel farm under development at Velana International Airport (VIA) has been completed.
The development of the new fuel farm would triple the current capacity of fuel storage at VIA. As part of the project, 3 storage tanks will be established in the fuel farm. A further 2 fuel tanks can be established with regard to the fuel demand and storage limits.
While speaking to media, MACL revealed currently efforts are underway to conduct hydro testing and installation of pipes. Inspection has been completed after hydro testing in tank one, while hydro testing on tank two ready to be conducted, according to MACL. Tank three is currently undergoing hydro testing and settlement testing. Moreover, preparation for sand blasting and internal lining are also underway.
The new fuel farm at VIA can hold a capacity of 45 million tonnes of jet fuel.