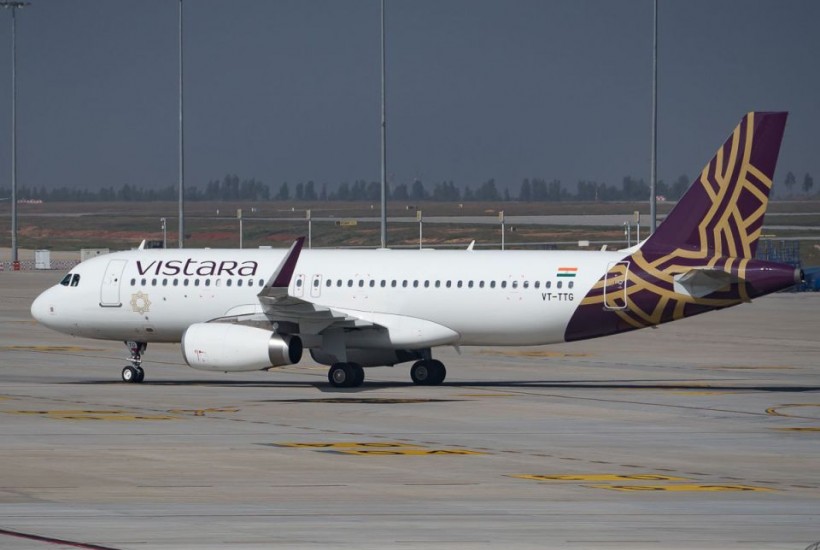 Vistara, Indias finest full-service carrier and a joint venture of Tata Sons and Singapore Airlines has inaugurated a daily (except Wednesdays) direct service to Colombo, Sri Lanka from 25 November 2019 onwards, making it the fourth international destination in its fast-expanding network.

The traditional dance troupe which was organised by SLTPB entertained the visitors by guiding them through the Silk Route with their exclusive performance and was enjoyed by many tourists and passengers who were present at the airport. As usual on its arrival the new aircraft was given the traditional water cannon salute, and afterwards the official opening ceremony was started with by lighting the traditional oil lamp, and cutting a cake, followed by refreshments including traditional sweetmeats.

The airline will fly its Airbus A320neo aircraft with three-class cabin configuration between Mumbai and Colombo, which makes Vistara the first airline to offer the choice of Premium Economy class for travel on the India and Sri Lanka route, in addition to Economy and Business Class. Customers can also take convenient one-stop connections to/from other cities beyond Mumbai.

In organising the launch, Hayleys Aviation PLC operated as the main ground handling agent for the Airline, and subsequently Vistara has appointed North South Airlines Ltd., a fully owned subsidiary of the iconic Sri Lankan conglomerate, Hayleys PLC as its representation company in Sri Lanka.

Vistara is Indias highest-rated airline on Skytrax and TripAdvisor and the winner of several Best Airline awards. Vistara continues to grow rapidly across India and abroad, as it is poised to induct as many as 56 narrow-body and wide-body aircraft over the next four years, including 50 aircraft from the Airbus A320neo family for domestic and international short and medium-haul operations and 6 Boeing B787-9 for long-haul international operations.

Vistara commenced its commercial operations on January 9, 2015 with an aim to set new standards in the aviation industry in India and it today connects destinations across the length and breadth of the country. The airline now connects 34 destinations, operates more than 200 flights a day with a fleet of 24 Airbus A320 and 9 Boeing 737-800NG aircraft, and has flown more than 18 million customers since starting operations.