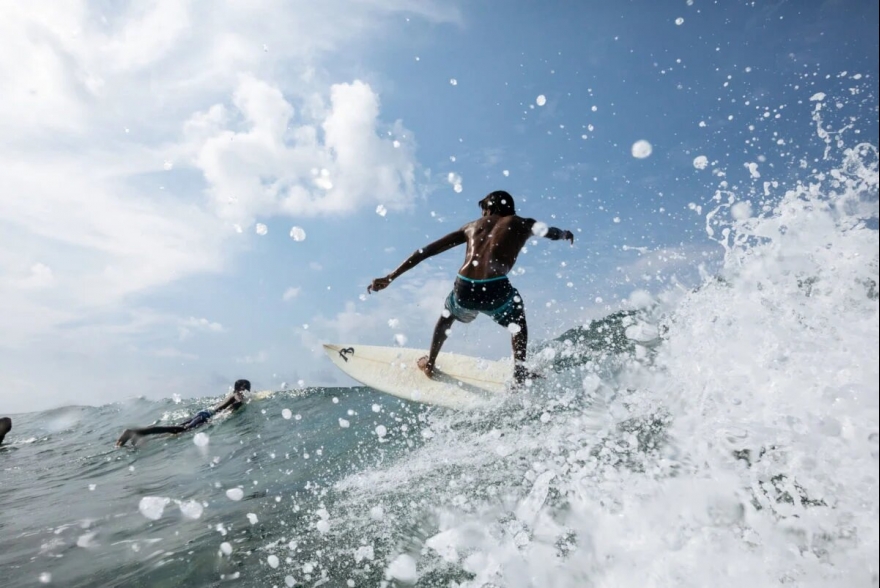 Soneva, the award-winning resorts operator, is welcoming the start of the new surf season in the Maldives with the launch of a short 15-minute documentary titled SALT: The Story of Maldivian Wave Riders. Filmed over several months at different atolls, the film delves into the culture and history of surfing in the Maldives archipelago.

For this island nation, surrounded by the Indian Ocean, surfing has always been a way of life, long before modern surf boards landed on its shores. SALT traces the captivating story of Maldivian surf, from the makeshift planks and boards once used to ride the waves, to the arrival of Tony Hinde Hussein in the 1980s, considered the ‘father of Maldivian surfing’, to the next generation of Maldivian surfers today. Along the way, it meets surfing communities across a number of Maldivian islands and the pioneering individuals who are driving the local surf scene.

The surf season in the Maldives’ Northern Atolls peaks between May and September each year. Soneva runs the world’s first 100% Sustainable Surf Programme from Soneva Fushi in the Baa Atoll and Soneva Jani in the Noonu Atoll. With the nearest surf breaks just a short speedboat ride from each of the resorts, the programme caters to surfers of all levels and abilities, from absolute beginners learning the basics in the shallow waters of the lagoon, to seasoned surfers looking for the best secret breaks. Guests are encouraged to leave their equipment at home: the programme provides full use of Soneva’s eco-friendly equipment, including surfboards made from recycled materials, rash vests made from discarded ocean plastics, and ocean-friendly sunscreens. Many of the items in the surf shop are also available for retail.

Surfers who want to explore the Indian Ocean’s best surf spots can also charter a live-aboard Soneva Surfari on Soneva in Aqua, Soneva’s luxurious 23 metre, two-bedroom yacht. Departing from both Soneva Fushi and Soneva Jani, all voyages on Soneva in Aqua are completely bespoke, with itineraries tailored to guests’ exact needs, from a one-night cruise to an adventure around the best surf breaks in the Baa, Noonu and Goidhoo Atolls.

All three of the nearest atolls have an abundance of surf spots, with nearly all directions of swell. Led by experienced surf guides, the Soneva in Aqua crew can cruise to the hidden breaks and secret beaches of the Baa and Noonu Atolls, or explore Goidhoo, one of the Maldives’ best known surf destinations. At Goidhoo, the left and right breaks wrap around the reef at the entrance to the lagoon, lasting as long as 70 metres with the right swell direction. During their voyage, guests can also snorkel in sheltered spots, or explore the seas using the on-board paddleboards or kayaks.

As a base for an unforgettable surf holiday, Soneva in Aqua features the same level of luxurious comfort and hospitality as Soneva’s resorts on land. After a session in the surf, guests can relax in the outdoor Jacuzzi, soak in the glass-bottomed spa tub or enjoy a massage from the resident spa and yoga therapist. A personal sous chef will prepare delicious meals on board, while a Barefoot Butler is on hand to attend to every need.

SALT was directed by Alicia Warner. It can be viewed on Soneva’s Youtube channel HERE.