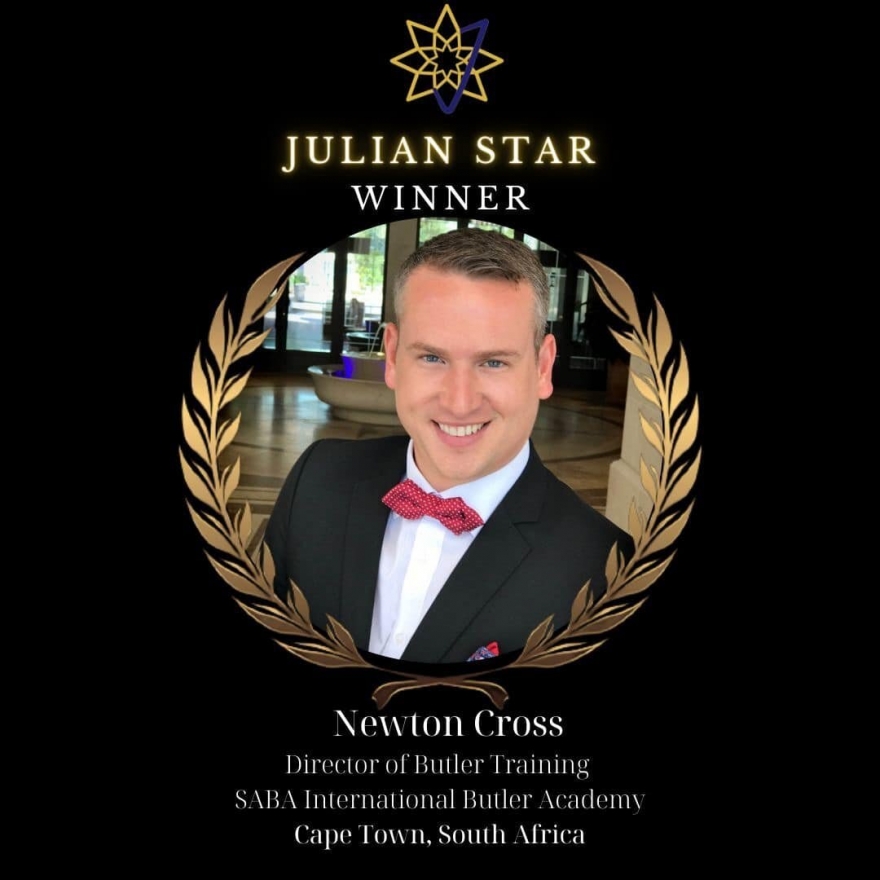 The Director of SABA – International Butler Academy, in Cape Town, South Africa, Newton Cross has received the Julian Star® Award by International Hospitality Institute. Newton was amongst one of the 10 hospitality stars to have won the award from across the world.

One of the most distinguished service awards in the global hospitality industry, the Julian Star® (also known as the “J Star”) recognizes hospitality establishments and practitioners that are delivering differentiated, and discerning service to their customers. IHI believes that customer service, at its best, should be intuitive, emotive, and imaginative.

The Julian Star® is named after Saint Julian, the patron saint of hospitality. Winners of the Julian Star® will exemplify the spirit of compassion and humility in their dealings with customers, and a servant leadership approach in their interactions with co-workers. Unlike some industry awards which focus on the amenities, luxury level, and location offered by hospitality establishments, the Julian Star® rates only the quality of customer service delivered by hospitality establishments and the customer service competency of practitioners.

Newton’s experience as a Butler started in 2002. He knew where his future career path lied, having established interest in the field from a young age. He provides clients with exceptional service with only the highest quality of professionalism on Butler training which is delivered with experience, passion and devotion.