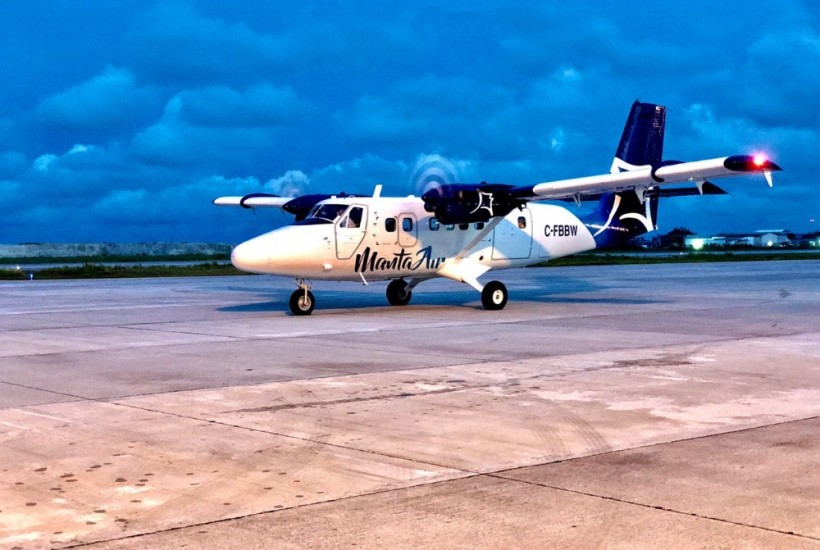 The second DHC-6 Twin Otter which arrived on 10th October 2019, also comes fitted with latest technology Garmin G950 NXi next generation integrated flight deck avionics combined with a weather radar as well with upgrades allowing for the aircraft to be lighter, reducing maintenance costs and providing crew with enhanced capabilities to increase the dispatch reliability of its service.

Manta Air officials aims to set a new benchmark for the seaplane service standards in the Maldives as it follows the high standards already set by the Manta Airs domestic ATR operations. The arrival of Manta Air has already been a game changer in the domestic aviation industry, removing the fears of flight uncertainty for passengers flying in the Maldives, and setting new standards in service excellence along the way with pre-published schedules and a tailored approach to provide an amazing experience to all passengers.

Manta Air officials also said that final preparations are now underway as the company is now gearing up towards starting its seaplane operations in November.