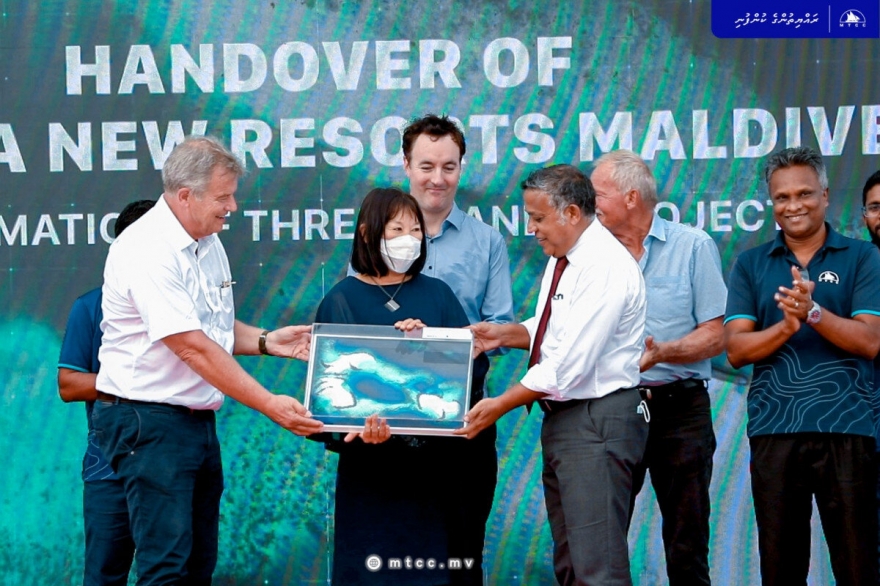 A special ceremony was held at Centara Grand Island Resort & Spa on Thursday to mark the successful completion of the reclamation project, where Minister of National Planning, Housing & Infrastructure, Mohamed Aslam, CEO Adam Azim of MTCC, and Prapaijit Thongma, Area General Manager of Centara Grand Island and Centara Ras Fushi attended along with other state officials and management team of MTCC.

Speaking at the ceremony, CEO Adam Azim said that MTCC team delivered their best performance in completing the projects handed to them despite the challenges they faced due to the pandemic. “We are proud to officially handover the Centara 3 Islands Project to our client, Lagoon Assets Private Limited.”

The scope of the project included reclamation of three artificial islands at Vattafaru, with each of the island spanning over an area of 7 hectares.

The reclamation works of the project commenced in late 2019 and it was officially announced to have been completed on November 24, 2021.

The completion of this project is a major milestone in the long 40-years of the company's history as it has been the most extensive international project in value so far, said MTCC.