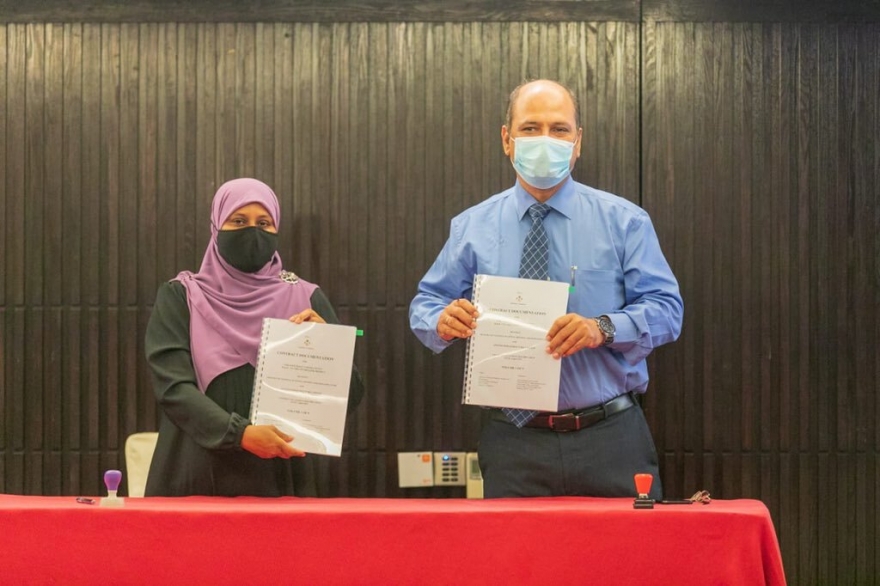 The Maldivian government and India's Afcons Infrastructure Limited company has signed an agreement for the construction of Thilamale' bridge, which will connect the industrial island of Thilafushi with Male' City and connect the Maldivian capital with Vilimale' and Gulhifalhu.

In a special ceremony held at Hotel Jen on August 26, the agreement for the project was signed by the parties involved. Zeeniya Ahmed Hameed, Permanent Secretary at the Ministry of Planning, signed the agreement from the government side, while Afcons’ Managing Director signed on behalf of the company.

Indian Exim Bank provided a loan of USD 400 million for the project. Five years after the completion of the project, the loan repayment will begin.

By the end of the project, Hulhumale, Hulhule, and Male' will be connected to Vilimale, Gulhifalhu, and Thilafushi, making the Greater Male' Connectivity Project the largest project to date.

On August 25, the bridge project's visualization was unveiled in advance of the contract's signing. Works under the project include construction of a 6.7kilometre-long bridge and causeway. The Indian High Commission in the Maldives announced the construction of two major bridges, each of which is estimated to be 140 kilometres long.