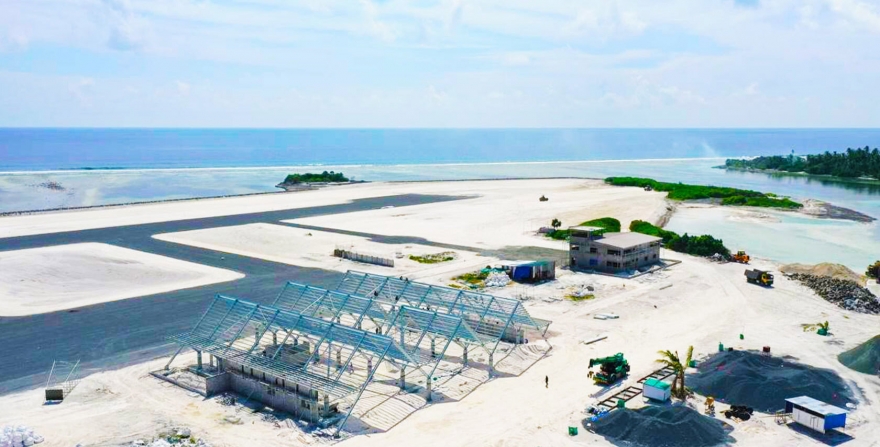 The company undertook the airport development project in January 2021 and is nearing completion of the Terminal Building Steel structure with 81% of assembly works completed. The company previously revealed works have commenced for the construction of a fire building as well.

MTCC initially announced plans to complete airport for November 2021, however, the project works were delayed due to some complications in bringing supplies from abroad required for the construction.

The project valued at MVR 144.8 million, includes subbase and subgrade works for runway, taxiway, apron, fire pad and fire road, construction of a fire building and a terminal building.