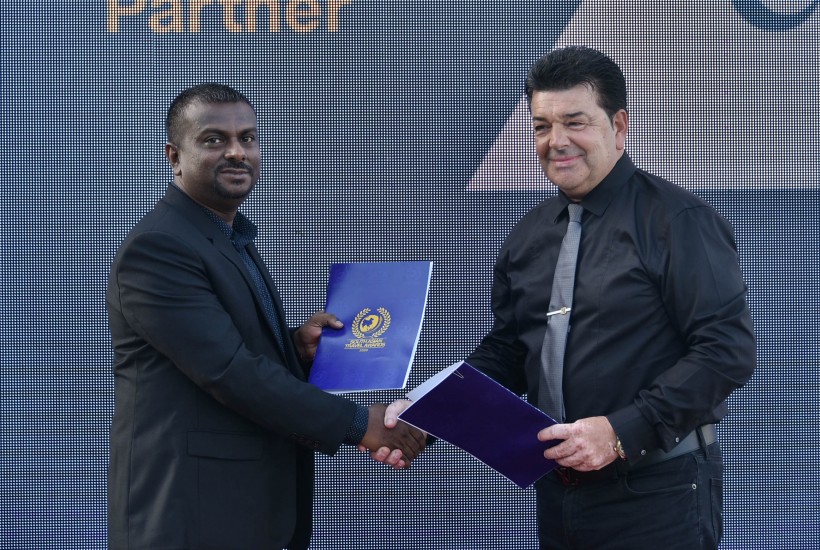 The leading luxury, and largest yacht and boat manufacturer Gulf Craft Maldives has been revealed as the Platinum Partner of the South Asian Travel Awards (SATA) 2020 during a ceremony held in Maagiri Hotel, Male, Maldives, where the key partners for the prestigious event were confirmed.

A special message by Mohammed Alshaali, the Chairman of Gulf Craft, highlighted the unique relationship between Gulf Craft and the Tourism Service Sector. Gulf Craft revolutionized sea transportation in the region with the introduction of speedboats and yachts. The Chairman also conveyed a message of good luck and wishes towards the best achievements in the 2020 South Asian Travel Awards.

Stellar organizations and individuals from the Travel, Tourism and Hospitality Industry from all over the South Asian region turn their attention to the South Asian Travel Awards. Interest and anticipation build leading up to SATA, where thousands of stakeholders attend the glamorous three-day retreat and learn who will receive the highest honours in the regions Travel, Tourism and Hospitality industry. SATA is the only tourism and hospitality recognition brand in South Asia, competed by some of the top brands in the region. It has been endorsed by over a dozen regional and international organization for its accredited work to revive and uphold the tourism and hospitality in South Asia.

With participants from six destinations (India, Sri Lanka, Bangladesh, Bhutan, Nepal and the Maldives), SATA revealed 52 categories in addition to Visitors Choice Awards and Special Recognition Awards. The nominations for 2020 will proceed until the end of February. SATA 2020 is scheduled to be held in the Maldives during the month of August.