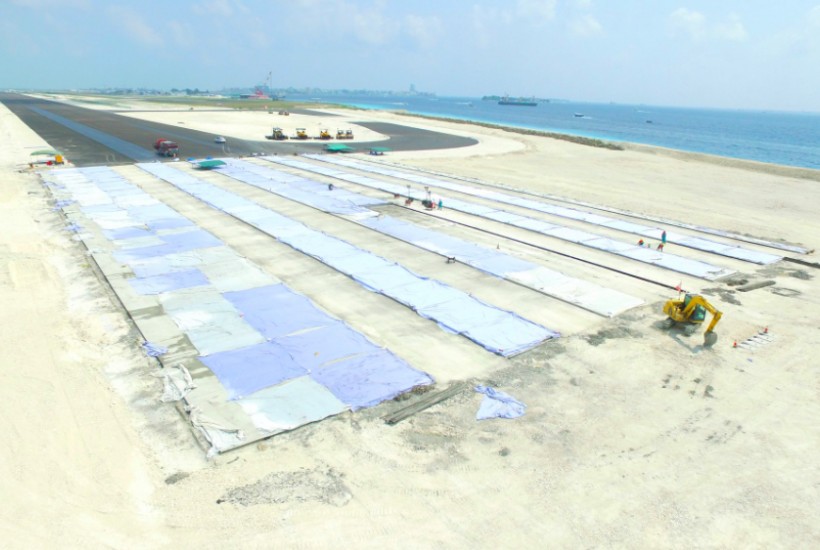 Maldives Airports Company Ltd (MACL) has announced that the works on the "jet blast" area of the new runway at Velana International Airport (VIA) are now set in motion.

The new developments project contracted to Beijing Urban Construction Group (BUCG) for USD 400 million USD 373 million of which is financed through loan assistance from China.

According to MACL, the 3,400 meters long and 60 meters wide runway will be able to accommodate the latest and largest aircrafts such as Airbus A380's to land on the runway once completed. The new runway is scheduled to open during the last three months of 2018.

More than USD 800million is estimated to be spent on the airport development project which includes building an 80,000-meter passenger terminal able to accommodate five million passengers. The terminal will house 40 departure gates and 38 immigration counters. Additional developments in the plans include 12 new jetties, six aerobridges, a fuel hydrant system, and a high-explosive detection system.

Maldives Airports Company is the operator of Velana International Airport and has been massively involved in destination marketing and bringing in new airlines to the Maldives to boost up the tourism industry.

MACL has embarked on one of the most significant projects in the history of Maldives in developing the future Velana International Airport such as the development of a brand new international passenger terminal, a new code F runway, a new cargo terminal complex and a new fuel farm along with hydrant system and major infrastructure developments at Velana internationals Airport.