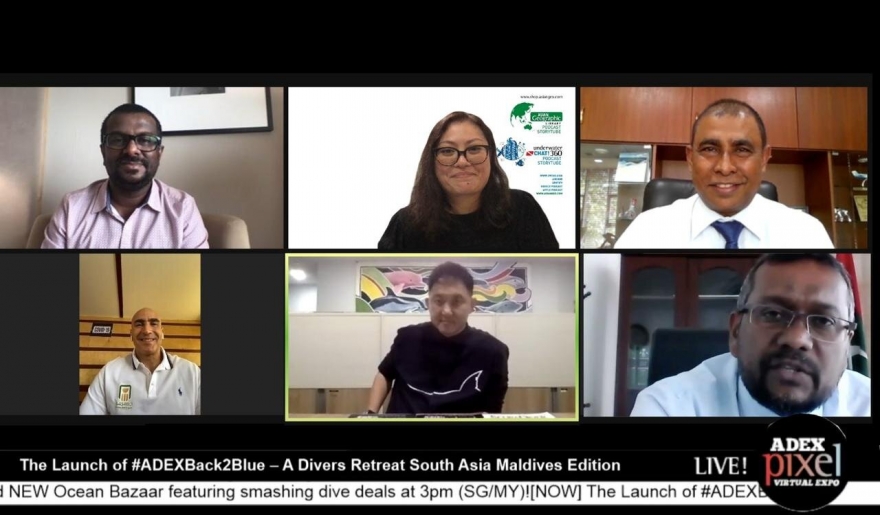 During the inaugural name revealing digital meet, Maldivian Ministers, Hon Minister of Tourism Dr. Abdulla Mausoom and Hon Minister of Economic Development Uz Fayyaz Ismail took part and conveyed the message that the best support will be provided by the government to make Adex Back2Blue retreat a successful one.

Additionally, Ahmed Gabr who holds the current deepest scuba dive world record joined the conversation and stated that he would be part of the Adex Back2Blue as a person who had also formerly held the world record of largest ocean clean up with 624 participants in 2014.

The event will be a 5 nights / 6 days festival engaged with awareness, diving, education, business networking and many other activities celebrating Back2Blue.