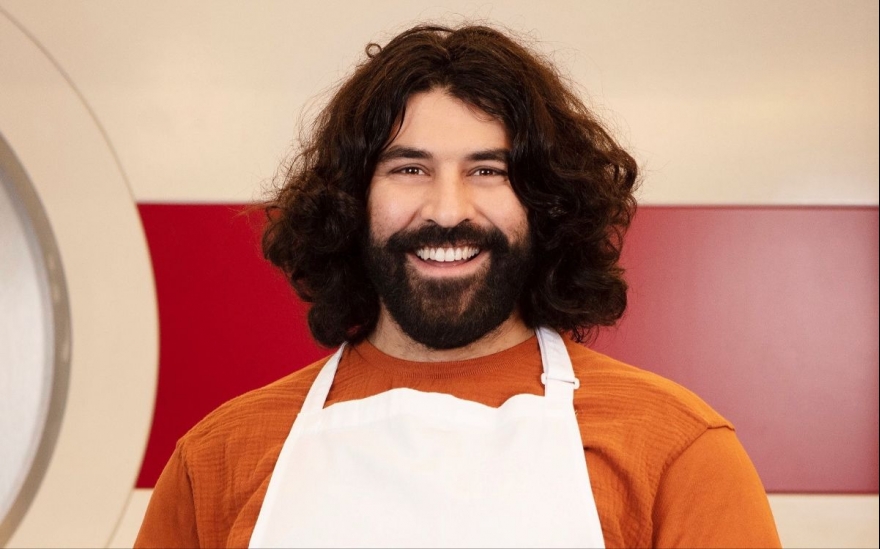 UK MasterChef 2022 champion Mr Eddie Scott will create special dishes on two evenings at Outrigger Maldives Maafushivaru Resort in in the second half of April 2023.

The UK MasterChef winner will also hold a special cooking demonstration at the resort for guests who want to learn culinary skills. Specific dates will be confirmed and announced later

Eddie, 31, from Yorkshire in northeast England, won the coveted TV accolade in May with MasterChef judge John Torode calling him a “culinary powerhouse”.

Eddie is currently working in the 3-star Michelin restaurant Gordon Ramsay in London. Eddie spent eight years as a navigation officer in the Merchant Navy travelling the world before becoming a marine pilot in the River Humber in northeast England in 2017.

Chef Eddie draws on his love of classic French food and often surprises diners by adding Indian culinary flavours, a skill he learned from his Punjabi grandparents. His father also made exciting dishes such as Mexican chimichangas and original Indian curries. His mother shared her love of baking with him. Eddie is passionate about Royal Mughlai culinary dishes from northern India.

He learned his French culinary skills from travelling around France with his family, eating in local workers’ canteens, exploring fresh markets, then emulating the dishes back home in England.

“The way food was ingrained in French culture was a total revelation. I wanted to recreate the food I’d tasted and that’s how I really got into cooking,” he said.

He was making classic French dishes like Tarte Tatin, Ile Flottante, Crème Brulée and Gratin Dauphinois by the age of 12.

Eddie will create special menus on two occasions in the latter half of April at Outrigger Maldives. He will also give a culinary demonstration and hands-on cooking class for guests.

It will be Eddie’s first trip to the Maldives. “I can’t wait to go and cook there. I’ve heard so much about the place,” he said. “The water there will be a bit different from the Humber. I look forward to trying the island’s fresh seafood.”

The resort’s executive chef, Christopher Long, also from Yorkshire, met Eddie while he was visiting the Michelin-starred Pipe and Glass near Beverley, Yorkshire, run by James Mackenzie, who was also a guest chef at Outrigger Maldives in 2019.

“The three of us got talking,” said Chris, “and the idea was hatched for Eddie to do a guest chef stint in the Maldives with Outrigger.”

Details of the menu and the cooking class that Eddie will organise at Outrigger Maldives will be revealed in January.

Further information will be announced on Outrigger.com.

Offering small island charm with contemporary architecture and bespoke finishing touches, Outrigger Maldives Maafushivaru Resort – winner of Luxury Lifestyle Awards’ "Best Luxury Hideaway Resort” in the Maldives 2022 – is a 25-minute seaplane journey from Male. The resort offers guests an idyllic island experience, epitomising all that one thinks of when dreaming of the Maldives.