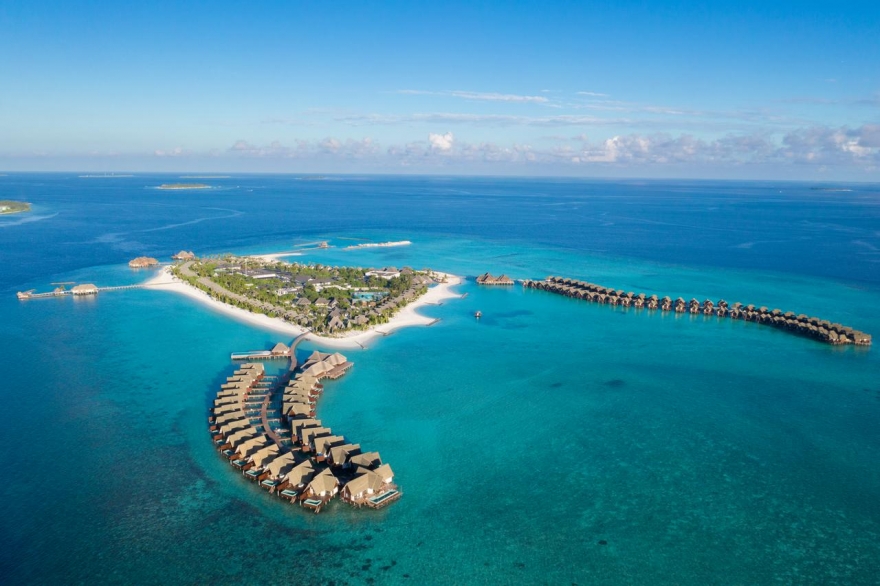 Filmed at the magnificent shores of Heritance Aarah in Raa Atoll, the 3 minute 53 seconds-video commercial features the resort’s guest rooms, dining venues, facilities, and all the activities guests can take part in.

“The visual content is directed to tap into the viewers’ different emotions in relation to travel, relaxation, and getting a sense of luxury at Heritance Aarah”, said Hussain Shiham, Chief Executive Officer of Blinx Media, the producer and director of the video.

“Thank you, Amorgos Tourism Film Festival, it’s an honor for me to receive this prestigious award at the 11th edition of the Amorgos Tourism Film Festival held from 11-14 November 2020 in Greece. The travel video which I had produced and directed for Heritance Aarah Maldives was selected among 700 competing entries from over 50 countries in the category of tourism services. This festival provides an international platform for global tourism through audiovisual media. It is endorsed by UNWTO - World tourism organization and European travel commission. This award is to recognize, reward and celebrate the excellence in the Travel Video Marketing Industry. A huge thanks to my team who had worked so hard to bring this to life, and most importantly Heritance Aarah and Mr.Suresh Dissanayake, the Assistant Vice President of Sales Marketing of ADAARAN for giving me this opportunity, the trust you had with me and our team”. Hussain Shiham added in his thank you note joining the event virtually from Maldives.

The Amorgos Tourism Film Festival is an international, annual four-day event organized by the Cultural Association of Amorgos Women. It launched in 2010 during the 8th International Convention on Culture and Tourism “YPERIA” and is held continuously since then, on an annual basis. Every year it presents the elite of tourism and travel videos.

Since 2017, the Festival is a member of the International Committee of Tourism Film Festivals – CIFFT which was created in 1989 in Vienna, to recognize, reward and celebrate excellence in the Travel Video Marketing Industry. It is endorsed by UNWTO – World Tourism Organization, European Travel Commission, Caribbean Tourism Organization and Centro American.

Up to 2019, the Festival was taking place during the International Convention on Culture and Tourism “Yperia”, where two events were held parallel.

This year the Amorgos Tourism Film Festival was merged with the Convention. The event was held from 11th November to 14th November 2020 at Aegialis Hotel & Spa in Amorgos Island. Talks, Workshops and Master classes were conducted virtually in light of the pandemic and travel restrictions.