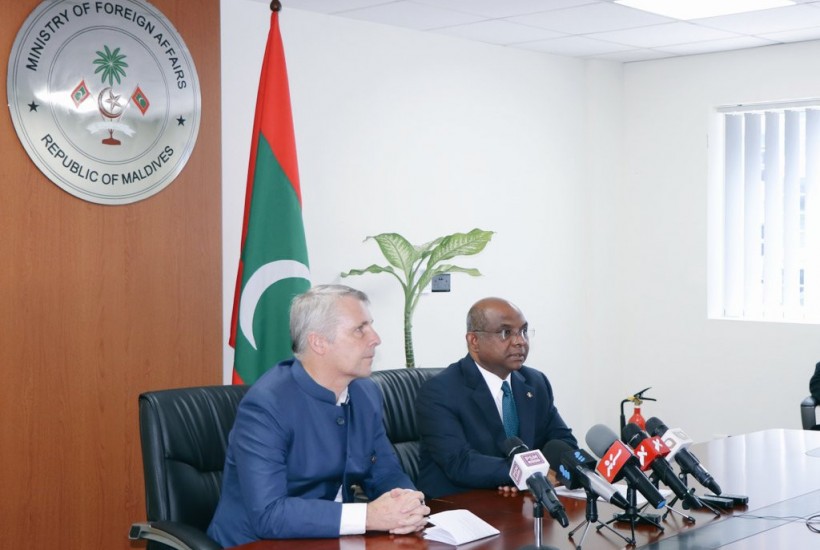 Foreign Minister Abdulla Shahid has announced the opening of a German Schengen Visa application centre in the Maldives during March of the upcoming year, 2020.

It was addressed at a joint press conference held at the Foreign Ministry with the Ambassador of the Federal Republic of Germany to the Maldives H.E JÃ¶rn Rohde and Foreign Minister Abdulla Shahid. Both parties expressed the burden of Maldivians travelling to other cities such as, New Delhi, India and Colombo, Sri Lanka to obtain visas for European countries.

Ambassador Rhode further informed that the German Embassy will collaborate with Foreign Ministry to hold a temporary biometric visa clinic from 3rd to 5th of February, 2020 to issue visas for Maldivians participating in ITB Berlin, the world's largest tourism trade fair.

With the commencement of the visa application centre, travel between Maldives and Germany is expected to increase more so than before. Moreover, Minister informs that, discussions with VFS Global are underway to take a proper course of action to solve the issue of Maldivians having to travel to obtain European visas.

"Although the VFS Centre will initially cater to only those travelling to Germany, it is our hope that other EU countries will partner with VFS", he said.

"In the long-term, the Maldives is seeking on-arrival visa for Maldivians travelling to EU countries".

He also noted that Maldivians are able to travel to 84 countries, including the UK, without an already issued visa. Similar arrangements have also been made with the UAE, Russia, Morocco, and Thailand with agreements in 2019, according to the Minister.