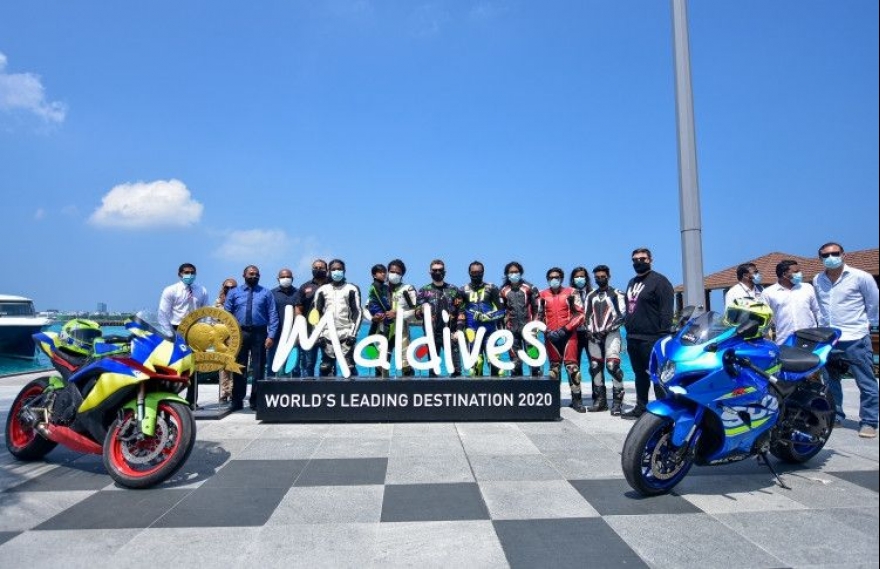 A welcome ceremony was held for the Athlete at Velana International Airport. Minister of Tourism Dr Abdulla Mausoom and Minister of Youth, Sports and Community Empowerment Ahmed Mahloof took part in the welcome ceremony. Speaking at the function, Jorge Lorenzo, winner of the 2010, 2012 and 2015 MotoGP World Championship, expressed wishes for Maldivian racers to attain success and recognition at international levels.

Members of the racing community in the Maldives participated and posed for photographs with Lorenzo during the welcome ceremony.

Minister Mahloof stated that efforts were underway to provide opportunities for racing in the Maldives, highlighting earlier arrangements with the Housing Development Corporation (HDC) to facilitate and arrange racing possibilities. The sports minister revealed that discussions were being held regarding potential opportunities for racing in Hulhumale’ Phase Two and Gulhifalhu. Minister Mahloof noted that racing opportunities in Maldives could also represent an avenue for increased exposure for the tourism industry.

Furthermore, Minister of Tourism Dr Abdulla Mausoom emphasised the development and promotion of sports tourism. The minister stated that hosting a bike world championship in Addu city is in the process as part of the celebrations surrounding the 50th year anniversary of tourism in the Maldives. This event is one of the many events planned in order to promote sports tourism throughout the Maldives.