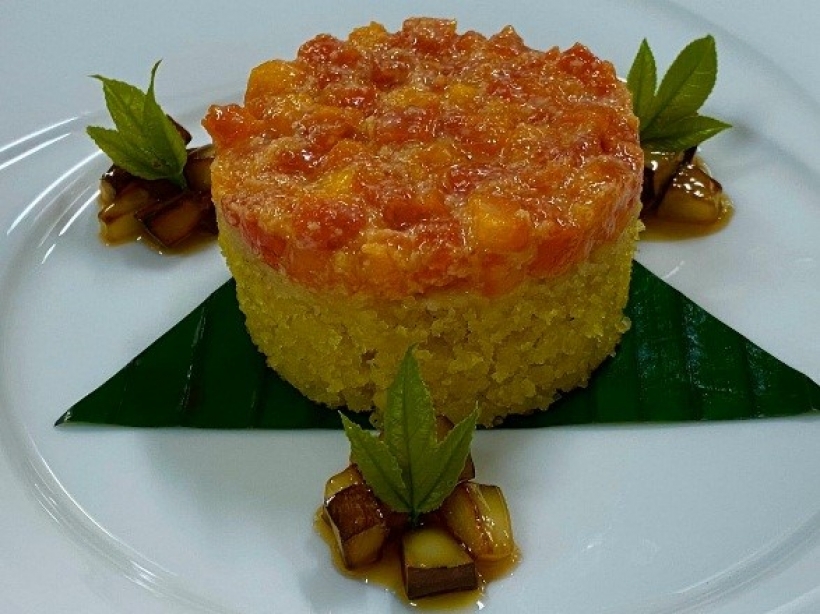 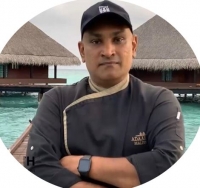 Executive Chef
Adaaran Club Rannalhi
Rohan Herath, the culinary enthusiast started his carrier in the hospitality industry in 1996 at Heritance Tea Factory, the first themed hotel in Sri Lanka belonging to the well-known conglomerate Aitken Spence Plc. Rohan’s passion for the industry paved the path to excel his career to the beautiful Maldives in the year 2002 with Addaran Select Meedhupparu and subsequently, he was able to gain experience and become the Executive chef at Adaaran Club Rannalhi in 2012. Though he was famed as a pastry chef his enthusiasm in the culinary world made him learn and experience different cuisine, especially Maldivian cuisine and was able to bring the Dhivehi Rahatha Challenge trophy 2017 – Maldivian culinary competition amongst Adaaran group – to his resort. His hobby is to explore the Maldivian traditional delicacies and to bring out the local food delights to the global cuisine with new intact.
To prepare this special Maldivian dessert, Chef Rohan uses fresh ingredients such as grated coconut and papaya along with items such as sugar, flour, butter, white breadcrumbs, eggs and condensed milk. The dessert can be served as a hot or cold dish, arranged on a platter separately or with a papaya compote topped over the coconut pudding. To add more flavor or another version to the dish, it can be served with caramelized coconut. Chef Rohan invites you to sweeten your taste buds. This is one of those dishes that you will fall in love with, and you won’t easily forget!

Combine butter and sugar together to form a creamy texture.

Add eggs one by one, at a time.

Mix all other ingredients

together and fold into the butter mixture gently.

Pour into molds or a baking pan and steam for 25 minutes.

Bring to a boil the water, condensed milk and sugar in a pan.

Add the papaya and cook until tender and soft, reducing to 2/3.

Allow to cool and place a layer on top of the steamed pudding.

Enjoy after a lunch meal or at any time of the day.